Marillion has been a well-received band over the years since their release of Script For A Jester’s Tear. Described as progressive – “neo-progressive” even – Marillion has issued a welcomed batch of 17 studio albums, their last being FEAR from 2016. Early 2020, their debut album, Script For A Jester’s Tear was reissued as a 3CD/BD Deluxe Edition to update the debut. Now, it’s time to do the same for that album’s follow-up, Fugazi. 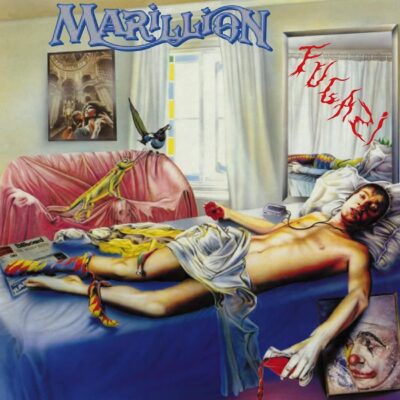 On September 10 – just as Marillion did with their debut, Rhino  will reissue Fugazi in a 3CD/1BD Deluxe Box that will include the original 1984 album in a new way with new stereo and 5.1 surround remixes, and a complete live set. A 4LP package will be released with the same stuff as CD1-CD3. Signed cards will be included as well as an immersive booklet.