Martha Wainwright Returns With New Album – Love Will Be Reborn

Martha Wainwright comes from a family of strong musical quality. With a famed father (Loudon Wainwright III), an esteemed Folk-singer mother (Kate McGarrigle), and a popular brother (Rufus Wainwright), Martha Wainwright has carved her own spot with a brilliant collection of six studio albums. Her lyrics are biting and sharp, her music a blend of Folk and Rock styles. But she deserves far more attention than she’s been given. With daring songs, Martha Wainwright has let us know that she’s here with a passion. With her hypnotic beauty, she has everything going for her. 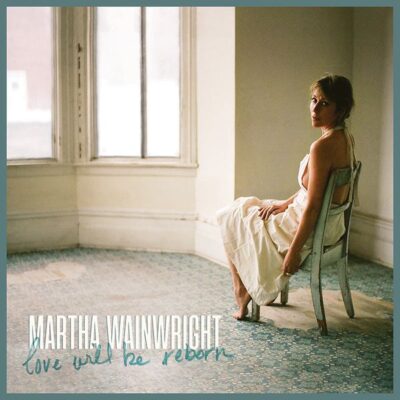 On August 20, Martha Wainwright returns with a brand new album of eleven songs. The new album is being called Love Will Be Reborn. This is a welcome piece of news since it has been five years sine her last album, Goodnight City. She has released her first single in advance of the new album, “Love Will Be Reborn”. It indicates good music ahead. Listen to that track below as well as a magnificent cover of “El Condor Pasa”, which is sung with her sister as The Wainwright Sisters.

Love Will Be Reborn will be issued on CD, DD, and vinyl LP.