US Compilation For Madness, Our House: The Very Best Of Madness

The reggae styled ska revival of the late ’70s was a welcome addition to the changing music scene. While there were several ska revivalist bands, one that stood out significantly were Madness. With around 15 singles including the best-selling “One Step Beyond” issued via Stiff Records, Madness persevered as a band for quite some time. And they’ve been well documented with many compilations. 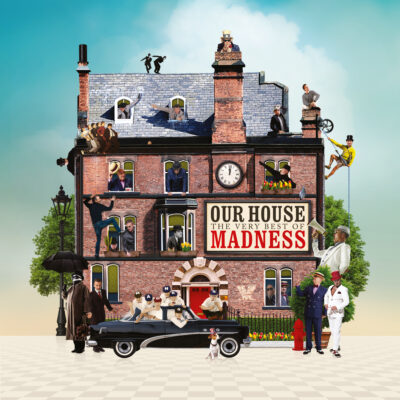 On March 12, BMG will release a new compilation called Our House: The Very Best Of Madness. The collection will bring together twelve of the band’s best known singles including the recent “The Bullingdon Boys”, a non-album release. This compilation is a US collection.

Our House: The Very Best Of Madness will be released on CD, DD, and vinyl LP.

Our House: The Very Best of Madness – Madness

The Creative Engine of 10cc Celebrated With The Things We Do For Love: The Ultimate Hits and Beyond