Live In Concert: 24 Karat Gold Tour To Be Released On 2CD and 2LP

In between all things Fleetwood Mac, Stevie Nicks continues to provide fans with music. Her last studio album was In Your Dream, issued in 2011. In 2016 and into 2017, she toured the release of a ‘best of’ collection (24 Karat Gold: Songs From The Vault) with The Pretenders on the bill. 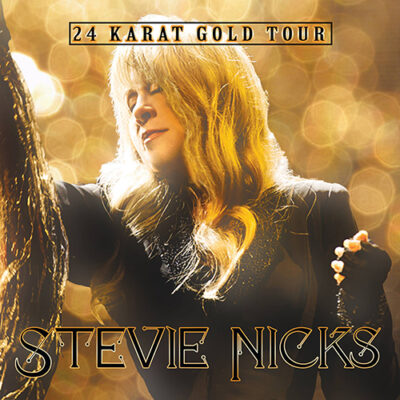 On October 30, BMG will release a 2CD and a 2LP edition of Live In Concert: The 24 Karat Gold Tour featuring Stevie Nicks. The album will be available on 2CD (digipak), and 2LP (as a 2LP black vinyl press, and arrives on December 4). There will be a Target Exclusive edition of the CD made available for those that collect. Barnes & Noble will sell a collectible 2LP pressed on clear “Crystal Clear” vinyl.