Dylan, Dysfunction Junction, and the Year 2020 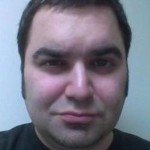 This past April, Bob Dylan had his first number one single ever with ‘Murder Most Foul’. Song length? 17 minutes. What’s the song about? Not 100% sure, as I’m still dissecting it, but it talks at length about the JFK assassination. This definitely falls on the more positive side of 2020 weirdness.

Not that I’m someone that would keep up with these things, but I honestly could have sworn that Dylan had multiple #1s over the years. Blowin’ in the Wind, Mr. Tambourine Man, even the songs in Wonder Boys. But the 17 minute song is the one that ranks. America heard this song, probably around when they got into minute 12, and collectively said “This is a HIT!”

America is weird. But Dylan is number one. As I think it should be.

This isn’t even remotely new information, but Dylan is one of those guys who was always just around in one way or another. 8th grade English we actually studied a couple of his songs. I remember Mr. Kochsis leading a discussion about the meaning of Mr. Tambourine Man. Pouring through each line, talking about what it means. Who IS Mr. Tambourine Man? I was 14 and the most sophisticated thing I listened to at that point was Cocked and Loaded by LA Guns, so I didn’t quite appreciate how cool it was to be talking about Bob Dylan in English class.

I absolutely would never presume to speak for other songwriters but I imagine going through a heavy Dylan phase was common. I definitely had a Dylan phase. I ate up all the early stuff, at least up to Nashville Skyline, and Blood on the Tracks was a monumental favorite. The Daniel Lanois productions I also loved. They were so haunting and great. I ate it all up the way a reader reads everything from his favorite writer.

So the year 2020. For me personally, as I’m sure it’s been for others, has been a strange time. I’ve had moments of levity and moments of darkness. If we’re keeping track I’ve had at least 2 full on meltdowns. Everything going on in the world, seeing how awful and selfish people can be. It wears on you.

I had plans. In February I put out my album, Dysfunction Junction. A collection of songs that I wrote over the last few years. I recorded a series of acoustic demos back in the middle of 2017 on my trusty home set up. For the next few years after I slowly punched away at tracking on what was going to be a fuller, slicker album. Eventually I wandered back to the original demos. I loved how raw they sounded. There was nothing slick about it. It was just the songs plain and simple with me and my Martin DSR02 guitar playing and singing. Like Dylan’s Freewheelin’ album. It was perfect in its simplicity.

In March I started thinking about putting shows together. Getting out to the local spots. Hit the open mics. One interesting thing about Houston is that there are A LOT of open mics. You want stage time? You got it. Any night of the week you can get out and try new stuff. Everyone knows each other and it’s a supportive vibe. My only regret is not finding this kind of place early on in my 20’s when I truly needed it. But better late than never.

Literally a week later COVID 19 came along and ruined everything. It’s heartbreaking seeing the ultimate effects. People getting sick, people dying, businesses suffering. A government that absolutely doesn’t give a shit. It’s weird to think that in this day and age the last person we want to hear from is our president. He didn’t cause all of this, but he sure as hell isn’t helping.

Meanwhile in my world I’m just at home, hanging with my wife and our cats, having laughs and fun, keeping in touch with the outside world via social media and Zoom meetings. I see people that are able to pull it together and figure out how to treat this like an artist’s retreat. Friends writing novels, screenplays, getting new podcasts together, etc. I have no clue how they’re doing it. It’s great to see they’re doing it, I just want to get to that point. As it stands I’ve just been lethargic and uninspired. Trying to see beyond the vacuum. I’ve got sketchbooks and notebooks that remain blank and unused. And I’m really wanting to change that.

The new Dylan album, Rough & Rowdy Ways, felt like a B-12 shot to the soul. It does indeed feel rough and rowdy. It’s that great combination of heartfelt and bluesy. Like it wasn’t so much written and recorded so much as it was aged in a 50 year old barrel. Just aged like a fine wine. Or more accurately whiskey (Heaven’s Door whiskey, that is. Which I will break into today). As I’m typing this ‘Mother of Muses’ is playing softly and sweetly out of my phone. I’m still getting to know the album. But I can tell already that ‘Goodbye Jimmy Reed’ and ‘I Contain Multitudes’ are favorites.

I’m looking over at that new paint set that I just got the other day and I know by the end of the day that I just may have a new painting.

Any minute ‘Murder Most Foul’ will be on and I’ll once again try to dissect it. Keeping busy, trying to have fun. Because, you know, I contain multitudes.

Find more from Chris Neri at his Bandcamp page: https://chrisneri.bandcamp.com/

Chris Neri is a singer/songwriter/creative type based outside of Houston, TX. He's usually up to something fun.