Stryper To Release New Album, Even The Devil Believes

Stryper began their meteoric rise back in 1984 with the release of their The Yellow and Black Attack. Since then, they climbed to deliver a message in their songs. With 12 albums in their catalog, one of them a double platinum album (To Hell With The Devil – 1986). Now, they’re ready to add a new album. 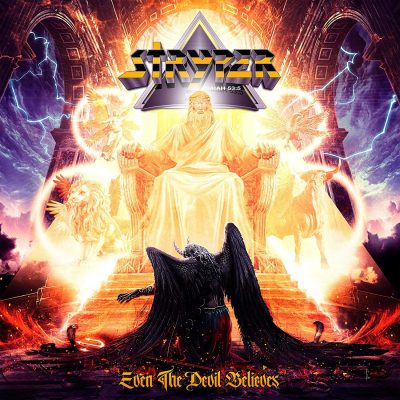 On September 4, Frontiers Records will deliver Even The Devil Believes from Stryper. The first single from the album is the track, “Blood From Above” (hear below).

The new 11-track album will be released on CD, DD, and 180g-weight vinyl LP with gatefold jacket.

Metal for the masses!