Once an active member of a UK band called the Move, Roy Wood, who was notably a founding member of Electric Light Orchestra along with Jeff Lynne (who also worked with Wood in The Move), started a glam band and called it Wizzard (sometimes billed as Roy Wood’s Wizzard. Wizzard enjoyed a level of UK success bu also came to some recognition in the US for Roy Wood‘s ties to ELO, ties that disintegrated far too soon. Wizzard released two studio albums and a collection of notable hit singles but disbanded soon after in 1975 before the next album could be released. It was shelved. 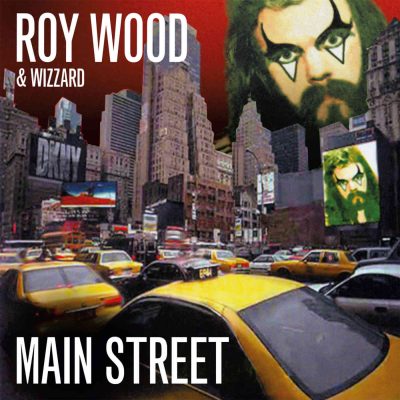 On August 28, Esoteric Records UK will release the 1976 shelved album, Main Street in its fullness. It will feature newly remastered songs and present the album in the original intent as to artwork. For this set, a rare bonus track will be included. Before its shelving, a single from the album was released in 1976 (“Rainbow Indiana”). It was not noticed and the band left the album to history.

In 1999 the master tapes were relocated and a celebrative CD was released. Now, it re-emerges in a time of more interest in the history vaults of Rock. It’s being released on CD only.