The rapid rise of The Stooges in the late ’60s with MC5 as a mentor of sorts along with their subsequent Elektra Records signing by Danny Fields (with MC5) is a high point to their Rock n Roll strength. Powered by Iggy Pop as the frontman, The Stooges achieved a legendary status if not much of anything else. In just a few short years, The Stooges imploded but left behind three powerful albums (The Stooges [1969], Fun House [1970], Raw Power [1973]). (They later recorded and released two more albums (The Weirdness [2007], Ready To Die [2013].)

On August 7, Third Man Records (owned by Jack White) will release a remastered high-quality soundboard recording of The Stooges‘ last original line-up show (before the release of Fun House). The recording has been previously unheard.

The album is being called Live at Goose Lake – August 8, 1970. It features an eight-song performance. For Stooges fans, this becomes an important add to a Stooges library. The liner notes are supplied by Jaan Uhelzski (Creem Magazine). (I used to work with Jaan at The Morton Report.) 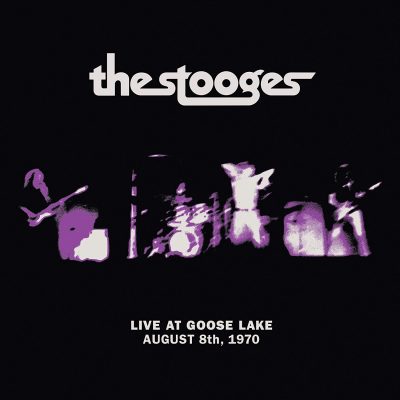 Live at Goose Lake will be released on CD, and several versions of vinyl LP that includes a standard black via Third Man, and limited edition purple-colored vinyl in standard jacket issued by Rough Trade Records, and a cream-colored vinyl pressing housed in a screen-printed jacket and issued as an indie exclusive.

The 1974 Slade Classic, Slade In Flame, To Reissue On Collectible Vinyl