In the ’90s, Projekt Records released a collaborative effort with Patrick Ogle and Black Tape for a Blue Girl‘s Sam Rosenthal. The album was This Endless Night Inside (1993), and contained a collection of stripped back tracks with deeply introspective lyrics. All of the songs on that debut set were top notch with several extending further into classics territory. (My favorites are “Brush Up”, and “What Happens Next”. From there, Thanatos released three more with Projekt before unleashing the brilliant I Am Not Job under Precipice Records. I Am Not Job was released under a new band name, illegalteenagebikini. Two more albums followed, a digital-only release of The Exterminating Angel (2012), followed by Coyote In The Graveyard (2018) in CD issue. Patrick Ogle and Sam Rosenthal reunite (after 23 years)  to deliver the newest Thanatos album, Thanatos: Portland. 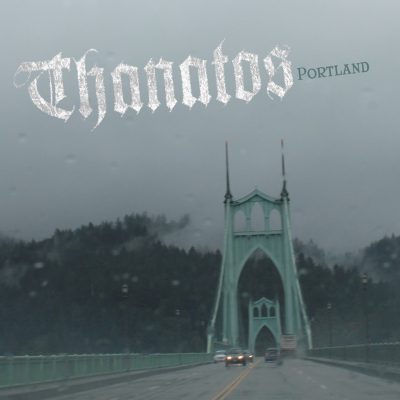 Portland is a 14-track album that steps back into the original style of the band from the beginning. Four of the songs are covers tunes in the inimitable style of the early-stage Thanatos sound. Portland is scheduled loosely for a mid-August 2020 physical release date. Please go to this link to listen to digital tracks that are already available. If you become interested in the album, consider purchasing at the link.

A new Thanatos collection named All I Have Left has been released prior (May 25) to the arrival of Portland. Featuring 8 personally selected songs from albums, All I Have Left showcases remastered tracks in the first Thanatos sampler collection to be released. Listen to “What Happens Next” from that collection below. The Bandcamp link to that album is here. It is being digitally offered a ‘Name Your Price’ cost. 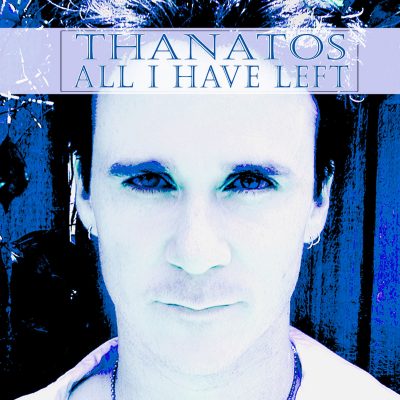