The Vibrators’ Energize Reissued In Remastered and Expanded Set

British punk in the early pars of the second half of the ’70s was actively shaping the style for those that would come after. One of the most influential, certainly one of the more notable was Sex Pistols. But as we all know, they were not alone. One of the great punk bands was The Vibrators. Their Epic Records debut, Pure Mania (1977), is considered one of the great first wave Punk albums. While their big label affiliation ended after their second album, V2 (1978), The Vibrators released well over twenty albums, with their last, Past, Present, and Into The Future issued on 2017. Today, only ‘Eddie’ Edwards remains in a wildly changing line-up. 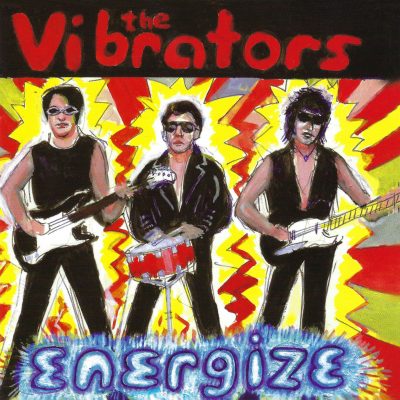 On June 26, Deko Entertainment will release The Vibrators‘ entertaining 2002 album, Energize. Energize employed original members,  Eddie Edwards, and Knox, with production headed up by original member, Pat Collier. For this reissue, Energize is remastered and expanded by one bonus live performance track. The CD is housed in a digipak case.