If you follow ambient music like the kind composed by Tangerine Dream, then you spend a fair amount of time checking out any good ambient artists for their contributions to the genre. There are more than a few, and often need weeding out. It’s not easy to create interesting flows of ambient textures, and certainly not easy to make them enduring. But once in a while, the challenges are easily met. With Norway’s Breidablik, the challenge to create familiar but original ambient compositions pulled from the pool of ’70s electronic classicism championed by the likes of Tangerine Dream is amply met.

Since 2017, the two-part team of Morten Birkeland Nielsen, and Håkon Oftung have released three albums that have endeared them to those who appreciate the style of ’70s German ambient styles. Using analog synthesizers sweetened by acoustic and electric guitars, and flutes, along with drum programming, Breidablik succeeds wildly and admirably. 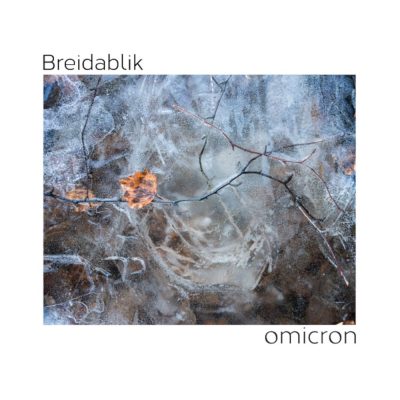 Their latest album, Omicron, (issued on February 29) is a two-part album splitting apart a single title into two distinct but cohesive tracks. Each weight in at approximately 20+ minutes creating a 44-minute conceptual gem. The CD edition adds in the two tracks from their 2017 Penumbra album with both tracks newly mixed and remastered for this inclusion. The limited edition black vinyl LP of Omicron (limited to 300 copies) do not include the 2017 tracks.

I’m appreciative of the music Breidablik has created. I’ll be paying close attention from now on.