Steve Howe is the co-magician of most of the classic music of YES (with Jon Anderson), as well as co-architect of those classic years of the band, full albums included. In the span of his years with the band, he has released 16 solo albums and a collection of HomeBrew albums, and three with The Steve Howe Trio. His first release, Beginnings, was issued in 1975 during a shared break wherein all members of YES explored their own music for solo releases. 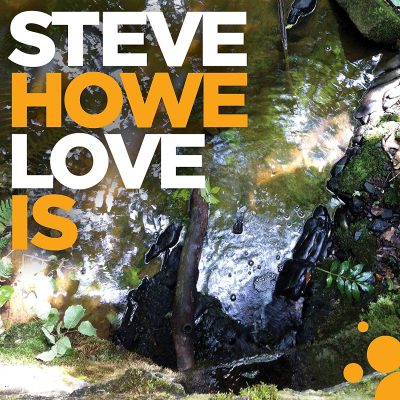 On May 15, Steve Howe returns with a brand new studio solo set being called Love Is. Love Is is nine new Howe tracks and will issue on BMG Records. Love Is will be released on CD, DD, and vinyl LP.