The Jackson Browne peak years left a swirl of heady songs like “Late For The Sky”, “Doctor My Eyes”, “The Pretender”, “Somebody’s Baby”, “Boulevard”, and “Running On Empty”. His part in the SoCal music culture is as vibrant as that of Warren Zevon, The Eagles, Linda Ronstadt, and others during that ’70s period. Over the years, Jackson Browne continued to provide good music for fans. With fourteen catalog albums, his last in 2014, it’s nice to see a small bit of Jackson Browne re-emerge for the new decade. 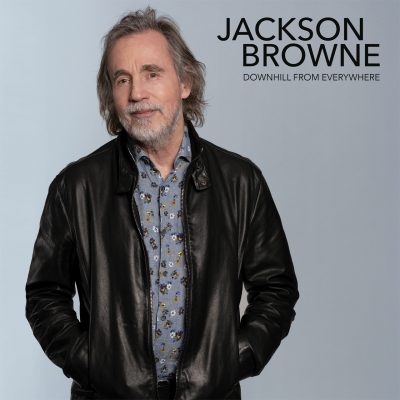 On May 15, BMG will release a 12″ 180g-weight 45RPM maxi single with two songs. The songs are “Downhill From Everywhere” b/w “A Little Soon To Say”. The songs will also be made available on CD/EP single, and DD.

These songs will be included on the upcoming new Jackson Browne album scheduled for October 2020.