Throughout the ’70s and into the ’80s, a a moderately known UK prog band known as Camel gave new fans something to enjoy with their second album, Mirage (1974), then knocking it out of  the park with its timeless follow-up, The Snow Goose in 1975. Over time, they released eleven more studio sets and a well-received live package, A Live Record (1978). Today, Camel is still warmly remembered for their compositions and stage shows. 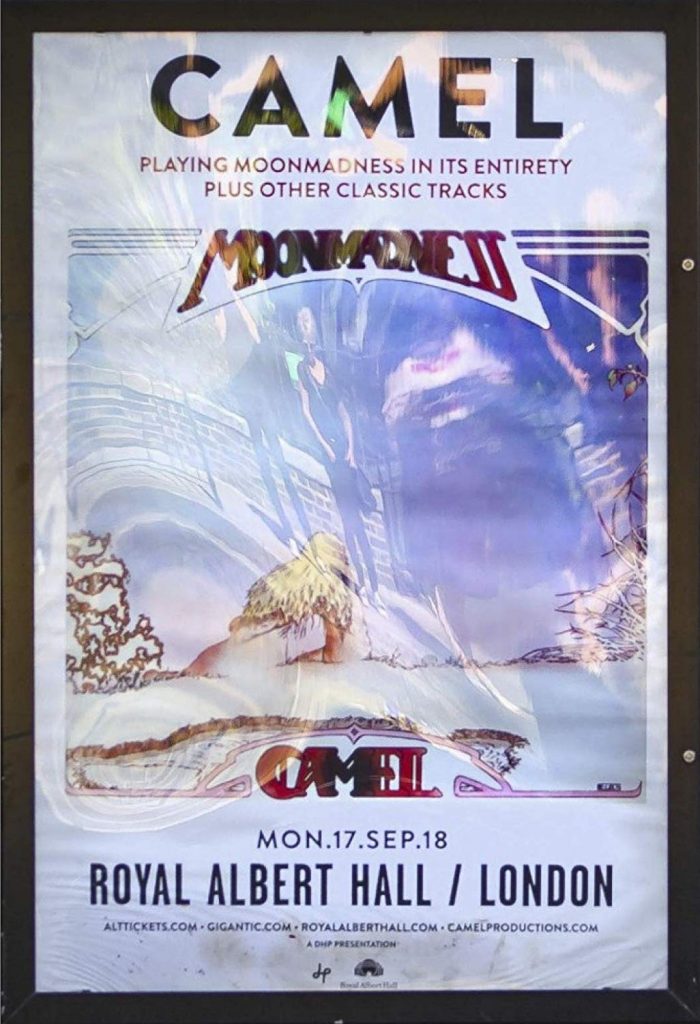 On April 24, Camel Productions will release a 2CD live set of their September 17, 2018 set at the Royal Albert Hall in London. The 2CD set, called Camel at The Royal Albert Hall follows a DVD issue of the show, previously released in February of 2020. The tour, named Moonmadness, showcased the entirety of the Moonmadness album, and liberal sprinklings of oher classic Camel songs.

The Camel lineup, varied over the decades, featured founder, Andrew Latimer, and long-time member, Colin Bass, along with two quite able musicians to complete the band.

Camel At The Royal Albert Hall is a UK import title.

One thought on “Camel To Release 2CD Live 2018 Set, Camel At The Royal Albert Hall”