If you followed the developing music that occurred after 1975, you’ve no doubt run across the name of Genya Ravan. Her start in Rock began in the ’60s as par of Goldie and The Gingerbreads. But it was her strong involvement in music during the ’70s (especially the late ’70s that gave her credentials. With a string of solo albums that included Urban Desire (1978), and followed by …And I Mean It (1979), and a batch of production work that includes The Dead Boys‘ 1977 Sire Records debut, Young, Loud and Snotty. Genya Ravan was an essential of the early CBGB’s era. 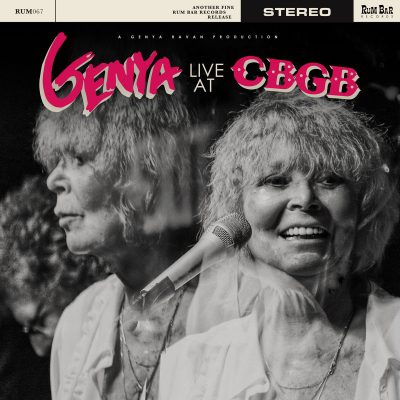 On April 24, Rum Bar Records will release a previously released archival live set by Genya Ravan, performed at the legendary CBGB in June of 2005 before its demise. CBGB was not a sleepy place nor was it a strange venue for Ms Ravan. Her performances were often referred to as “…fiery…”. This set of 14 live performance tracks is called simply, Genya Live At CBGB. For this release, Genya Live At CBGB sports a new 2020 remaster of the audio.