Live 13th Floor Elevators Music Over 2CDs, You And Me And I

Underrated but later revered, The 13th Floor Elevators, formed and headed by chief eccentric, Roky Erickson, lasted but for just a short time. Importantly, the band helped to give strength to psychedelia of the time during 1965-1969 music period of Rock’s embryonic years.During their period, they produced three albums (The Psychedelic Sounds of The 13th Floor Elevators [1966], Easter Everywhere [1967], Bull Of The Woods [1969]), and seven singles, two of which charted moderately. Since 1969, the band has been tracked lovingly, even today as they continue to help inspire the Psychedelic bands of the current times. As for me, the music of “You’re Gonna Miss Me” contributed to my enduring love of Psychedelic music along bands like Iron Butterfly (thanks 7th grade English, and The Byrds (who brought haze to folk), and many of the Top40 singles like “My Green Tambourine”, “Summer In The City”, “Crimson and Clover”, “Just Dropped In…”, “Good Vibrations”, and a dizzying host of others. 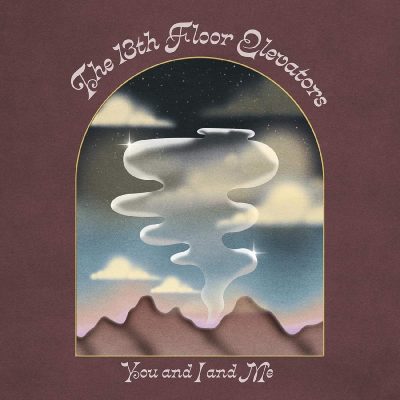 On June 26, Sunset Blvd Records will appease fans of The 13th Floor Elevators with a collected 2CD set of performance tracks during the height of Psychedelia. There are tracks from San Francisco and Houston performances in 1966. In addition, several bonus performance tracks pulled from the ’70s solo period of Roky Erickson are included. This 2CD package is being called You And I And Me. It features 31 song tracks, a radio commercial, and 2 Roky Erickson interview tracks.

You And I And Me – The 13th Floor Elevators

CD2
01 Interview With Roky Erickson (KSAN April 1, 1978)
02 Roll Over Beethoven
03 You Really Got Me
04 Don’t Shake Me Lucifer
05 The Lonesome Death Of Hattie Carroll
06 Lay Down Your Weary Tune
07 I’ll Sing For You
08 Honey Give Me One More Chance
09 Hide Behind The Sun
10 Colors
11 The Chimes Of Freedom
12 Catch The Wind
13 Baby Let Me Follow You Down
14 When My Ship Comes In
15 Interview With Roky Erickson