Billy Paul Celebrated In 2CD Me & Mrs Jones: The Anthology

For many, the only approach to Billy Paul was by listening – and revering – his only massive #1 hit, “Me and Mrs Jones”. That song alone captured the intensity and soulfulness of his voice. So good, in fact, it won a Grammy Award for Best Single.  But the album that contained it (360 Degrees of Billy Paul) was as full and as rich with other tracks including powerfully expressive vocal covers of Carole King’s classic, “It’s Too Late”, Al Green’s “Let’s Stay Together”, and Elton John’s “Your Song”, and a collection of other Gamble and Huff gems.

Billy Paul continued recording for Philadelphia International but never reached that level of fame again. Over the span of six years, Billy Paul released eleven studio sets and a ‘best of’ for the label. By the late ’80s, we never heard anything musically from Billy Paul again. He passed in 2016 at the age of 81. 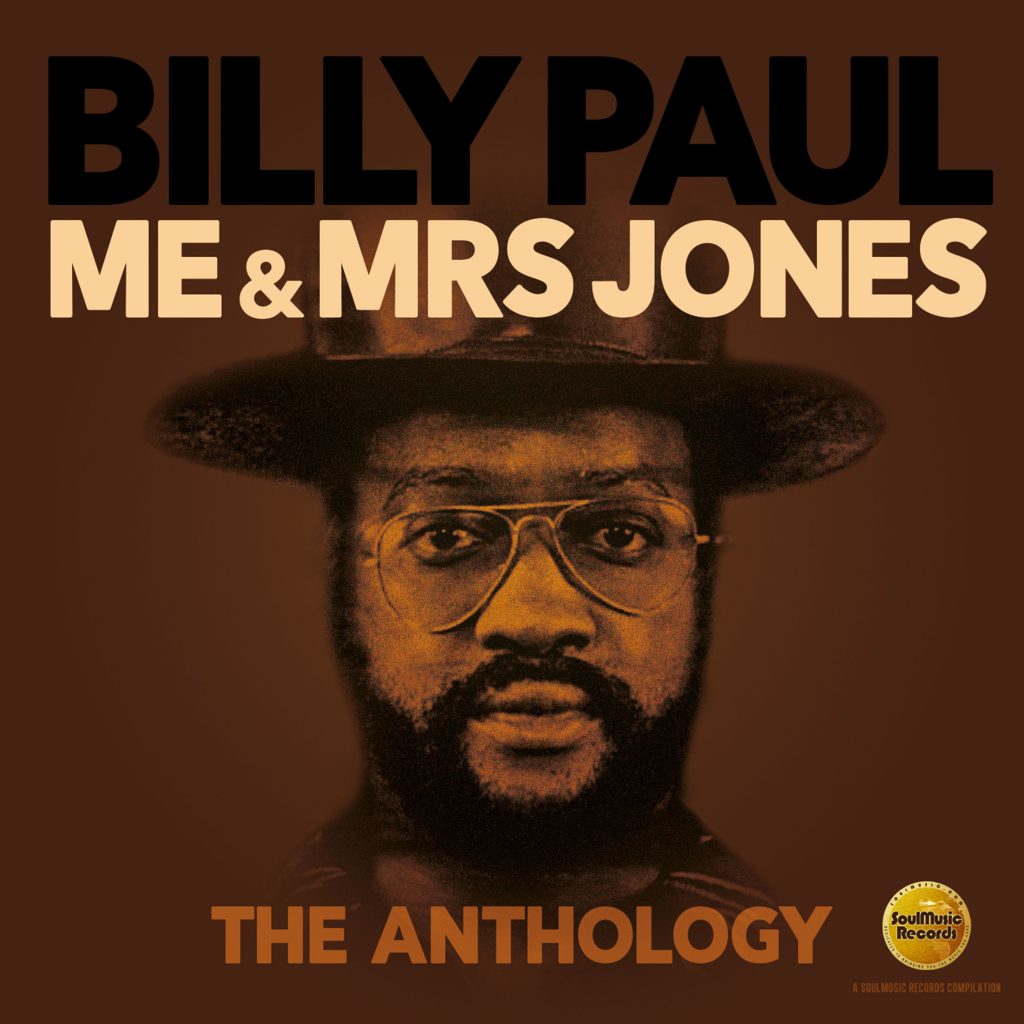 On April 12, Soul Music Records (Cherry Red) will collect and assemble 31 tracks for an extensive 2CD set. The music contained on Me and Mrs Jones – The Anthology will span the musical period of 1969-1985 including the “Me and Mrs Jones” classic. For fans of Billy Paul who have joyfully acquainted themselves with much of the catalog of Billy Paul, this set will please to the fullest.

This 2CD offering will provide a booklet with liners notes, photos, credits. The music is newly remastered.