Vinyl Review: Proxy by The Tangent

The Tangent just keep doing it—every new release is the new best album of their 15 year career. In a 2018 that’s already provided fans with Tangekanic’s live Hotel Cantaffordit and Kalman Filter’s ambient-electronic Exo-Oceans, Andy Tillison & Co. might be excused if they had released ‘just another’ Tangent record. Indeed, if it were half the album that 2017’s The Slow Rust of Forgotten Machinery (my pick for album of 2017) was, Proxy would be a fine 10th entry into the band’s studio discography. But it’s far, far better than that. 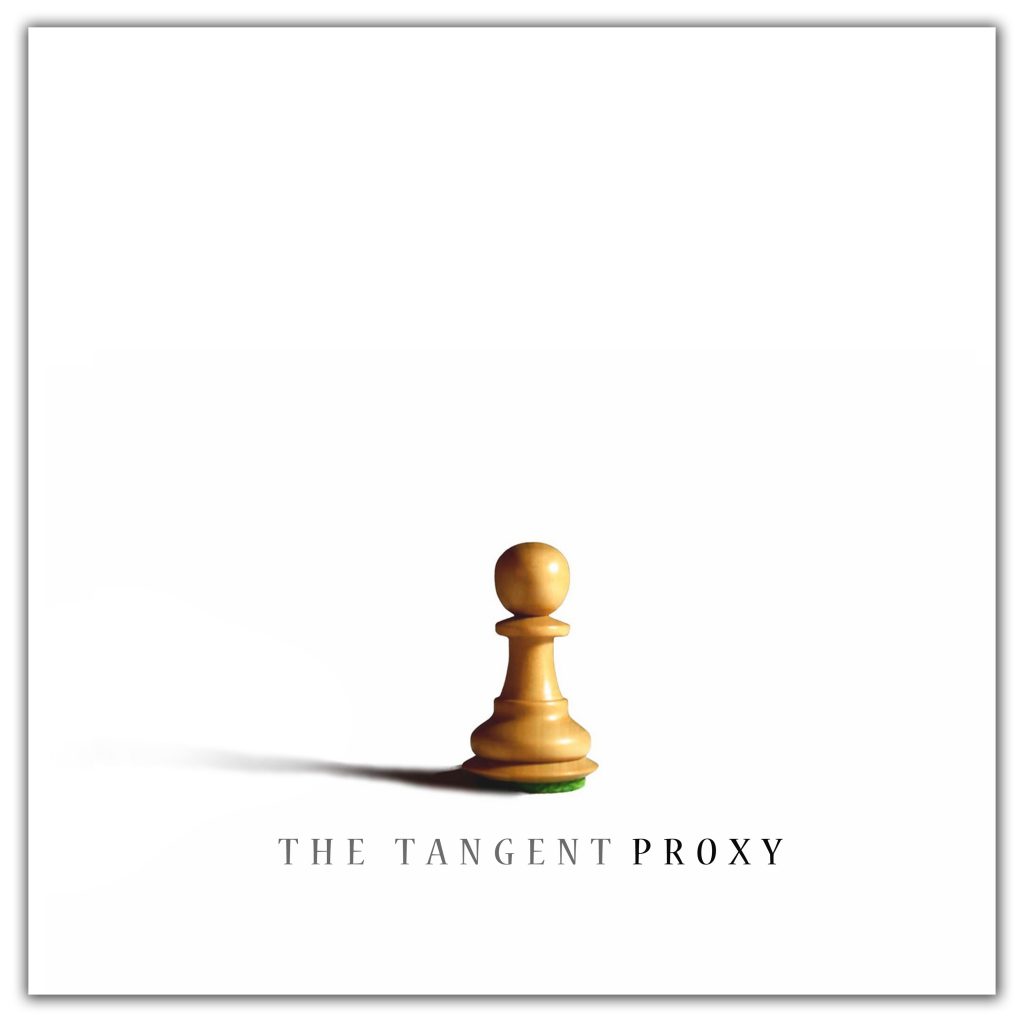 Even before the needle touches down, this is an impressive record. Martin Reijman’s pawn photograph adorning the jacket is majestic in its stark simplicity. The Tangent have always excelled in the art department, collaborating with masters such as Ed Unitsky and Mark Buckingham, but this rises to the level of early 70’s Hipgnosis. The orange LP itself is brilliant, transparent, and clean beyond reasonable expectation. All new records should look so good right out of the shrinkwrap.

The musical elements all sound exceptional on this vinyl record: the Hammond leaps from the grooves, Tillison’s baritone is warmer here than ever before, Reingold’s bass is punchy and tight, Machin’s guitar leads soar, Edman’s harmonies are thick and sweet, Travis’ saxes alternately saunter and squeal, and Roberts’ feel and finesse shine so pristinely that they anchor the whole proceedings. The instrumental 2nd track, “The Melting Andalusian Skies,” is a lovely occasion for a headphones excursion into all the nuances this tight outfit has on offer. Like “Doctor Livingstone (I Presume)” from the last Tangent album, this instrumental is every bit as essential to the album experience as the lyric songs, and is a strong contender for the album’s best track.

Thematically, the title track expands on the political directness of Slow Rust, but this is no mere diatribe (though it is that). Across 16 minutes of tried-and-true progressive excess, The Tangent shine their musical spotlight not only into the shadow worlds of international conflict and wealth consolidation, but into the ambiguous intersection of ‘consumer lust’ and charitable intent. We, the common man, usually rub shoulders only with the proxies of power, but the deceptive avatars have become so familiar that we may find them comforting even as they manipulate us.

Judging solely from the fiery opener, one could mistake the album for just another well-composed rant from a man who excels at them, but Side 2 steers a hard left into the personal dimensions of the concept of Proxy. “A Case of Misplaced Optimism” may be one of The Tangent’s shorter songs, but they pack it with as much emotion as any other prog band’s 79-minute epic. Here, Tillison & Co. engage the experience of regret, and the impact of those proxies that are not foisted upon us, but rather erected ourselves as a form of deception between I and Thou, and indeed even between Me & Myself:

“And all the while I let my music do the talking/A kind of Proxy for the man I want to be/But I was a prisoner in that gender from the outset/A hidden person in a world in which I’m apparently free/Am I happy in my life? Like you’re happy in yours?”

Even Reingold’s sticky, upbeat funk groove and the explosive ‘horn’ stabs of the song’s first half belie the lamentation at its heart—the music a bit of misdirection between the lyrics and the ears of the listener. 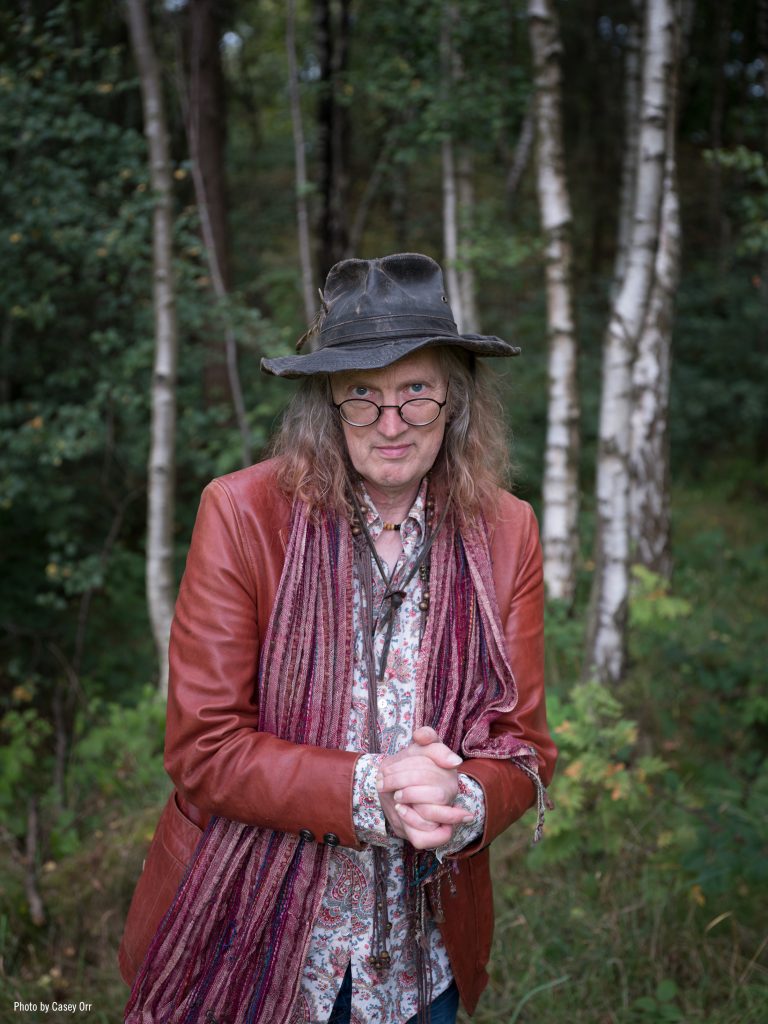 This sense of the proxy as a barrier is developed further in the (vinyl) album’s closing 16 minutes. The Past, enshrined in memory as immaculate and unsurpassable, is interposed as proxy for the possibilities of The Future or even the enjoyment of The Present. “The Adulthood Lie” is personal on 2 levels: Tillison repeats the refrain “Rekindle the fire in my heart,” but the song is also a subversive criticism of Tillison’s chosen musical home in the fantasy-lands of Prog. It’s a well-known fact that not only can you not make a Prog fan drink—you can’t even lead it to water unless the stream sounds sufficiently like Gabriel-era Genesis. The Tangent rebel by creating *the* quintessential progressive epic of the decade, but doing so on the back of flirtatious dance beats and EDM sonic manipulations. Amidst whirs, buzzes, and disco-roller-rink rhythms, when the bass ‘drops’ Reingold drops the bass right through the floor, Machin bends his six strings at inhuman angles, and Tillison practically disassembles his synthesizer in real time. It’s Skrillex, except that it’s Jazz, except that it’s Prog. This is progressive music that tears off the masks, uproots sensibilities, and progresses. 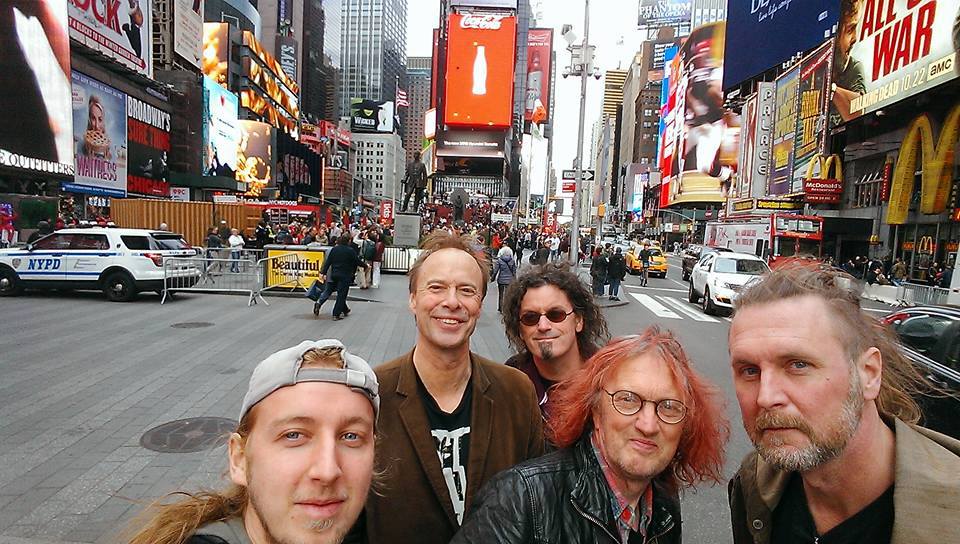 It’s been another great year for progressive music releases, but you won’t do better than Proxy by The Tangent. Tillison said it best himself: “It has the solos, the recapitulations, the themes, time sigs and multithreaded songs. But it’s MADE from something else. Try It!!”