The history of early Progressive music isn’t complete without more than a simple mention of Nektar. Originally, the band formed in 1969, during the literal playground period of Rock and Roll. With more than enough ideas and influences to keep everyone busy, Nektar delivered their first album in 1971. Journey To The Centre Of The Eye is an album featuring the extraordinary song craft they would come to be recognized and loved for. It would be their fourth album, Remember The Future, that would solidify their place forever. It gained the most in new fans and acceptance of their music.

Nektar continued on despite several disbanding events and an eventual churning in personnel some ten years after formation beginning with the departure of Roye Albrighton (who died in 2016, RIP). Albrighton returned to the fold and remained a large part of the many albums released afterwards, missing only one Nektar release (Magic Is A Child – 1977). The last Nektar album released was 2013’s Time Machine. 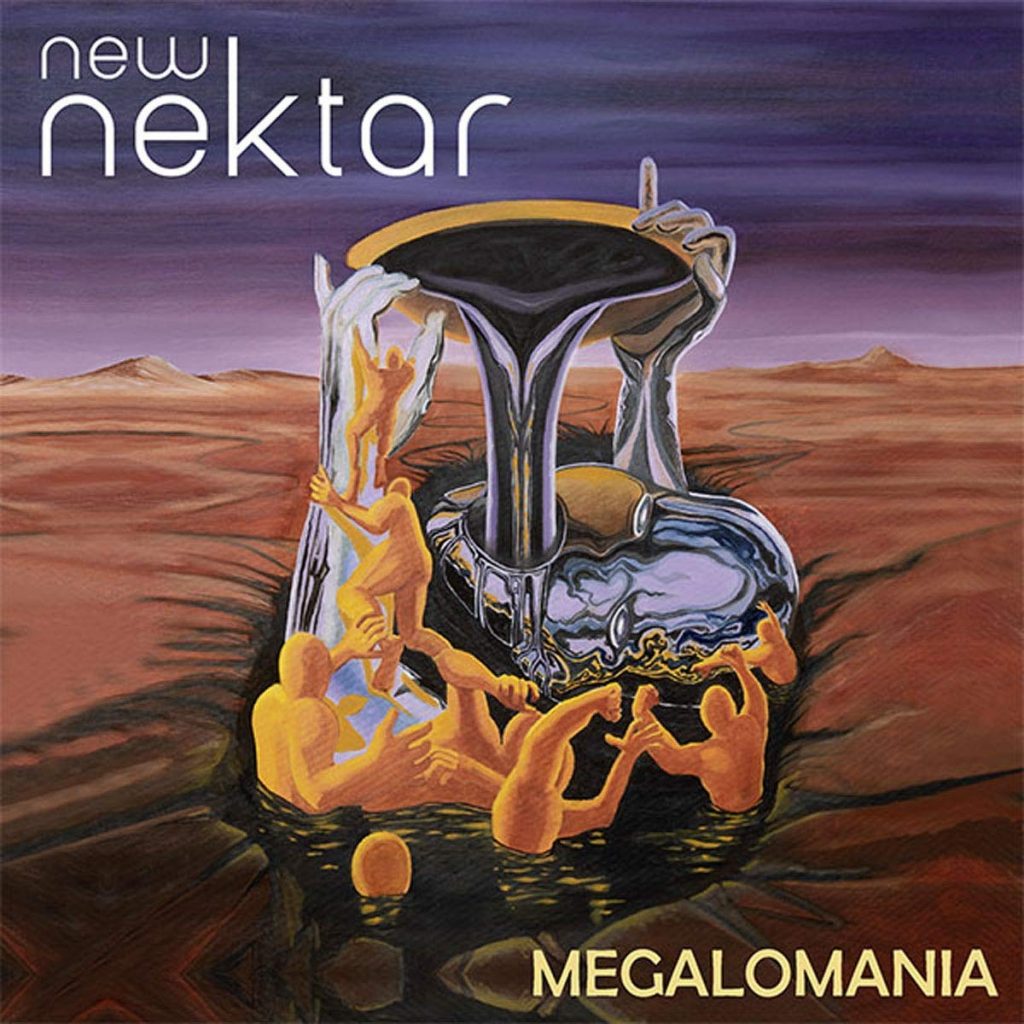 On December 7, (New) Nektar will release a new album, Megalomania. The new album will be released on CD, DD, and vinyl LP. (Time Machine is expected to be reissued as a 3LP set in the near future.)

It would be unfair to fans to ignore the fact that only Klaus Henatsch is the longest running member in this lineup with eleven years to his tenure. Roye Albrighton’s son, Che, is on the drums, with bassist, Tom Fry, and new guitarist, Alex Hoffmeister.