For the most part, the goal of MusicTAP is to inform of what’s coming down the pike. (There’s a history to this due to my love of music, my discovery methods when I was younger.) But out of that anxious searching, I was encouraged by my local record store haunt owner to expand, and who always sprung new stuff for me to listen to.  MusicTAP was born of that spirit. For this post, I’m going to go back instead of forward, as I sometimes do when I become enamored of newly discovered talent that already has music out.

Phosphorescent has released an already large collection of albums beginning in 2003 with his debut, A Hundred Times Or More. The music of Phosphorescent is both Country and Folk-influenced. As a blend, it become alternative and stands outside those designations. 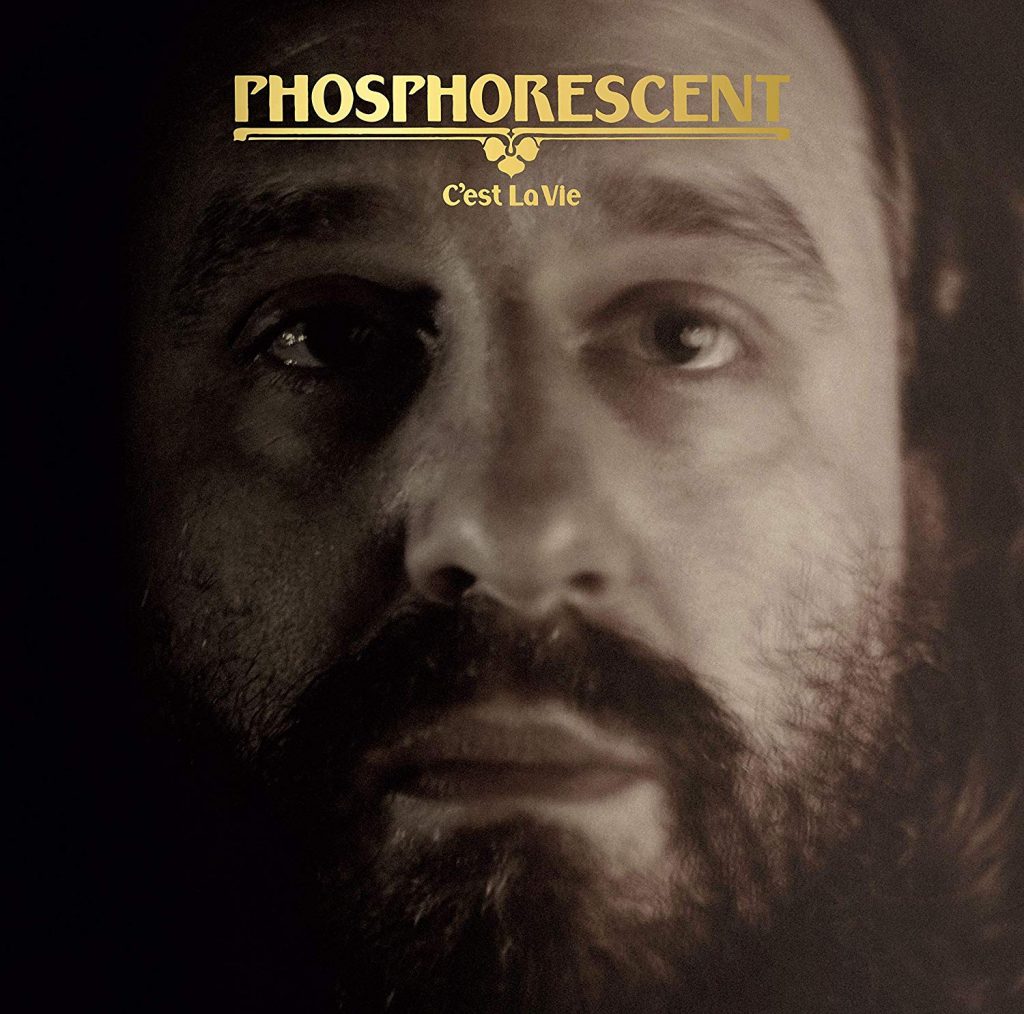 Phosphorescent is the working band name for Matthew Houck (like Passenger is for Michael David Rosenberg, Iron & Wine is for Sam Beam, My Morning Jacket is for Jim James, and others. Currently, Phosphorescent is signed to Dead Oceans (an extraordinary label of note). Houck has released five studio titles with Dead Oceans, along with three titles on other labels. His most current one – and the subject of this post – is C’est La Vie. This album was released on October 5 (2018). And yes, it slipped past my attention, bu I’m here now to make that right.

The new album has nine songs, all of which do the current state of music proud. The song craft on this new album is quite good, stunning in fact. I’m embedding the title track below because it’s a great starting point. But don’t let it stop you from exploring further. “There From Here” is a great display of music all by itself.

Phosphorescent‘s previous studio set, Muchacho, was released in 2013. It sold extraordinarily well with over 100,000 units paid for. In addition, it yielded the hit “Song For Zula” (here). To date, the YouTube feed alone has over four million streams.

Call Phosphorescent whatever kind of music you want. That doesn’t matter so much. What does matter is that you give the band a listen. You just might fall in love with some new, fresh music.