Since 2009, UK’s White Lies band has entertained with a retro “post-punk” element to their music not unlike the lamented The Enemy UK. And for four albums, I’ve posted about their upcoming sets, perhaps even supplying a review of one (or two) of the band’s albums. Their last album was 2016’s Friends (their big label debut for BMG). Needless to say, when they announce a new album, I’m ALL in. 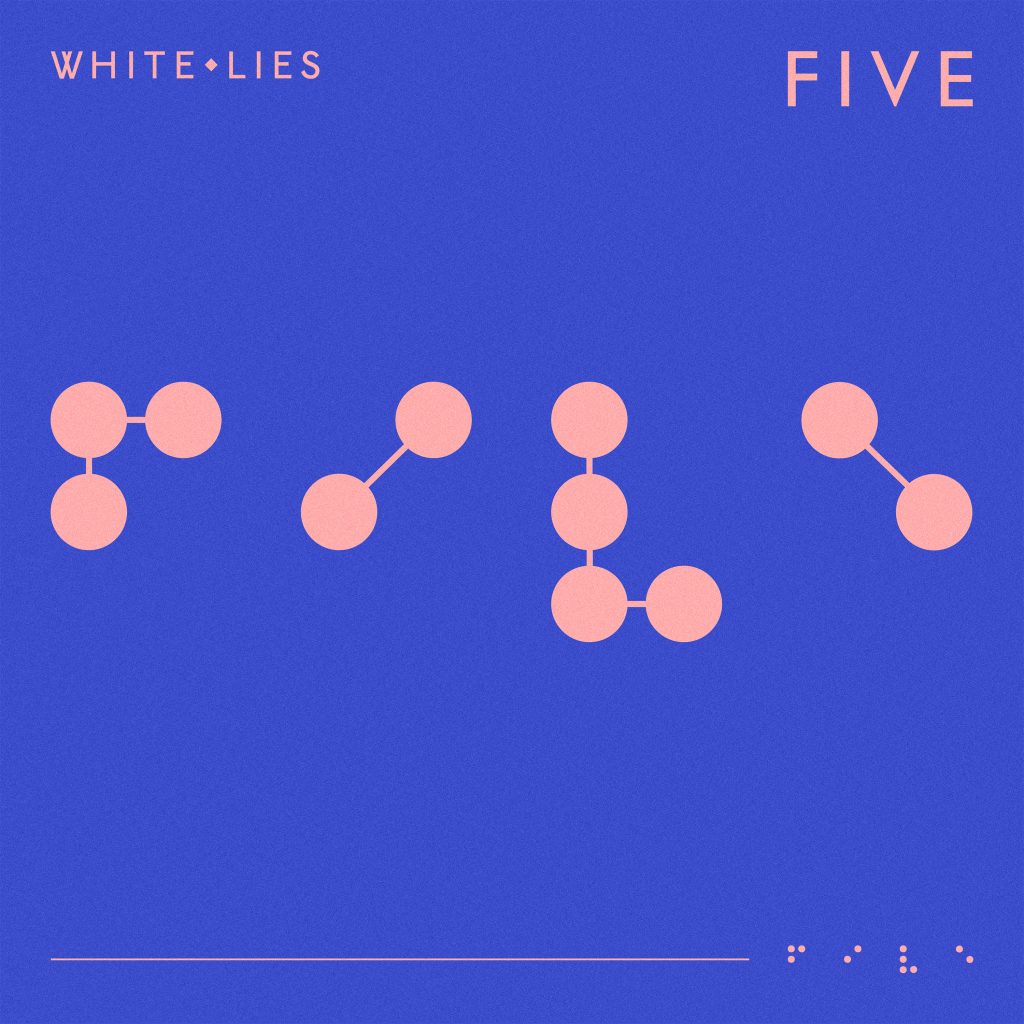 On February 1, 2019, White Lies will return with a brand new collection of songs with the appropriately titled Five. The new album will provide nine new tracks. The two released singles from the album [“Believe It”, “Time To Give”] showcases the band as sharp in their music as they have been previously. The new songs still offers the heavy influences of the late ’70s and early to mid-’80s post-punk style that White Lies is extremely capable of delivering.

Five will be released on CD, DD, and vinyl LP (180g-weight) in both standard black, and a limited edition purple vinyl. The LPs will pack in an 8-page booklet, as well as a card for download rights to the album.