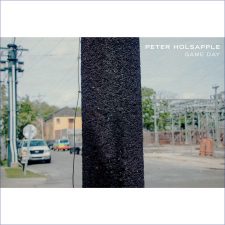 I need to preface this by stating some facts:  I’ve been a fan (and because of my own songwriting career, a disciple/student) of Peter Holsapple’s since the moment I first heard “Bad Reputation” on our local college radio station in the summer of 1981.  The music he created with The dB’s has been a cornerstone and staple of my artistic diet for the last 37 years, so it should come as no surprise to anyone that I would be thrilled to receive and have the opportunity to review his new solo offering, Game Day.  Billed as his “first solo album in 21 years” (which is true), and delivered to the public through the fine folks at Omnivore Recordings, who know damned good music/performers when they hear them, this is a meaty collection of 16 songs, two of which were released last year on a 45, the epic and heartbreakingly beautiful “Don’t Mention The War” and “Cinderella Style”.

Listen closely to the lyrics to “Don’t Mention The War”; they mean everything. Written from an extraordinarily deep emotional perspective, it speaks of a soldier’s return and suffering the debilitating effects of PTSD. It’s an old-fashioned story-song, as the soldier’s tale is about how his troubles affect those around him, which is tragically true.  “Game Day” (the title track), has that certified Peter Holsapple trademark of poppiness, classic ’60’s style vibe and garage groove; it’s a perfect way to open this album – he’s in fine voice and his sense of humor is completely in tact – wry, witty and on point.  This track alone is so instrumentally full that it stands alone as a could-be single (in a just world).  The mournful yet warming “Commonplace” is arranged in a beautiful mix of yearning keyboards and acoustic guitars; the vocals are emotional and reach right into your soul; “Continental Drifters” is a sweet tribute to Mr. Holsapple’s ’90’s outfit, complete with crisp guitars, harmonies and again, if we were in a just world, it would be coming out of radios (especially when on the road).  “In Too Deep” has a Yardbirds-y feel with Jeff Beck-like riffing and a blues vibe; sleek, tough and rockin’; “Tuff Day” just charges right out of the speakers with a taut drumbeat, a heavy singular guitar figure – and catchy as f**k; “Don’t Ever Leave”, with its funereal organ opening immediately made me think of Rod Argent; the beauty of the song’s atmospherics and the fact that it’s just the keyboard and Mr. Holsapple’s voice makes this an exquisite standout.  The rollicking joyfulness of “The Smartest  Thing I’ve Ever Done” and its combination of country-fried swing and contradictory lyrics is another one of this album’s many “moments”.  “Them Changes/Sing Lady Sing” is just a sonic assault straight out of the ’70’s with its bold, brassy horn punches, synth lines permeating the verses and ultra-heavy guitar – it has all the earmarks of something that could have been born and recorded in Memphis (but hey – that’s typical of me to hear the sounds of Bluff City somewhere).

It would be pointless to tell you about all sixteen tracks –  the entire album needs to be listened to and absorbed – and enjoyed – as a whole.  Which is the way it should be.  Mr. Holsapple meticulously put together this collection, I imagine, in a professorial manner – with detail, skill and care.  And anytime Peter Holsapple shares with us his works, it’s a time to rejoice because the world is still right. 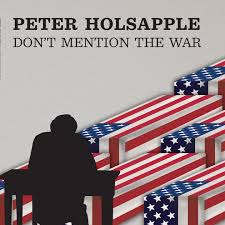