I rarely do my once prevalent multi-release TAPSheet posts any more. They take up a huge block of my time, which, as I age, I find more and more precious for my own use. I have 18 years devoted to MusicTAP, a feat I’m well proud of. Soon, I will pass the mantle on to another, who I have every faith in the world to keep MusicTAP a valuable resource to you, the reader.

It’s never been my goal to be first with news, or to compete with other sites like TAP. I have always had an immense love for music of all kinds. I just present what is provided to me (these days) by sources. And by what new music I discover that I feel a need to pass on. Regardless, I haven’t done a TAPSheet other than for single releases in such a long time. But I’ll do one today with one difference: I won’t search out and use album covers except for a few With that, I may end up doing more of these type posts (unless you don’t like them). I do, at times, have to apologize for my obscurities and diversities.

No Quarter Music will release the third album by folk artist, Nathan Salsburg. The new album is being called Third and will feature guitar instrumentals exclusively. It’s being released on July 20.

Country fans might be excited to note that Kenny Chesney will release a new album, Songs For The Saints, on July 27 via Warner Brothers Nashville.

Anti Records will release the new Deafheaven album, Ordinary Corrupt Human Love, scheduling the set for July 13. It will be issued on CD, DD, and both 150g-weight, and 180g-weight black vinyl LP.

Carl Palmer of ELP fame (Emerson, Lake & Palmer) will release a live CD/DVD digipak set on June 29. The set is being called Carl Palmer’s ELP Legacy Live. The CD will contain a live 9-song set from a November 25th, 2014 Tralf Music Hall (Buffalo, NY), while the DVD focuses on a later fifteen song performances at the Olympia Theater (Miami, FL) from June 24, 2016. 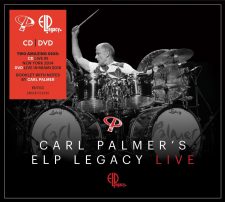 Currently available from July A.D. is a ten year retrospective of the band’s music. The set is called Again, and will feature eighteen of the band’s songs culled from their previous album releases. Here is a link to their Spotify point. 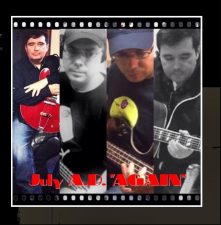 Mute Records will be releasing a live set by Erasure on July 6. The set is called World Be Live. It will be issued on 2CD and represents new live material from the legendary band. 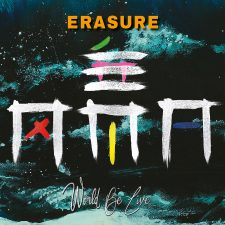 BMG will release several Soundstage Live recordings that will include one for Heart, and one for America. Both albums are from the BMG Live on Soundstage Classic Series. They are scheduled for June 29. They will be packaged as CD/DVD sets.

Atlantic Records will reissue two CSN (Crosby, Stills & Nash) classics on vinyl LP. They will be CSN (1977), and Daylight Again (1982). both LPs are planned as 180g-weight black vinyl, and both will be released on June 29.

BMG will release the new Gilbert O’Sullivan album (remember him?) on August 10. It will be issued on CD, DD, LP, and Cassette. It will be self-titled.

Soundtracks For The Blind by Swans will be remastered and reissued on CD and vinyl LP. The LP set will be a Limited Edition run of 4000 copies and will feature 4 LPs in jackets enclosed within a protective box. A poster, insert, and download card for the DD MP3s. Once this Box is sold out, a gatefold vinyl LP set will emerge. The 2CD reissue will contain the original album, and a CD containing the previously released German language EP, Die Tür Ist Zu. The 4LP box is planned for July 20. Use this link to pre-order. 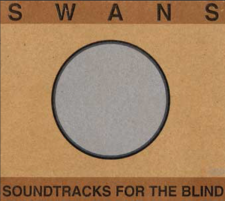 And finally, just so you’re aware of the upcoming release, there will be a Live At the Apollo set from Yes with Anderson, Rabin, and Wakeman. The show is from their 2017 O2 Apollo (Manchester) show. Two DD singles will be released, “Roundabout” (August 24), and two DD versions of “Rhythm of Love” (August 17). The two DD versions of “Rhythm of Love will issue as standard MP3 and an HD (48kHz/24-bit) version. It will issue via Eagle Rock. 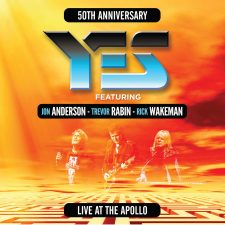