Ian Hunter gained his notice while fronting Mott The Hoople through its complete career (not including the Mott years), and easily took up the mantle for a successful solo career afterward. For Mott the Hoople, there were seven albums, and for Ian Hunter, there were over 15 sets that included You’re Never Alone With A Schizophrenic (1979). Ian Hunter remains pretty active in music. And now he’s ready to do it again.

On April 21, Ian Hunter will once again deliver an anticipated album delivered in his inimitable style and voice. The album will be called Defiance, Part 1. What sets this album apart is the sheer volume of high profile names that have participated in the sessions. Names like Jeff Beck, Ringo Starr, Slash, Robert Trujillo, Mike Campbell, Johnny Depp, Todd Rundgren, Joe Elliott, Taylor Hawkins, Waddy Wachtel, Billy Gibbons, Andy York, Brad Whitford, and others are found on the album’s 11 tracks. (There are ten songs with an alternate track included.) 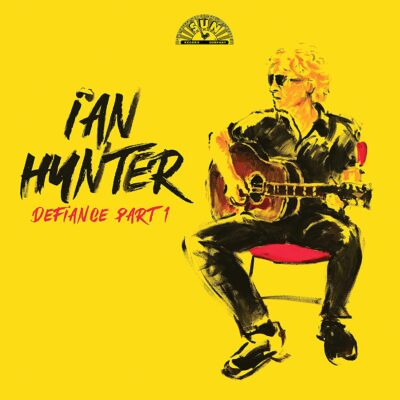 Defiance, Part 1 will be released via Sun Records (yes, THAT Sun Records) and will be issued on CD, DD, and 180g-weight black vinyl. And, as the title suggests, there is a Defiance, Part 2 in the pipeline. You can hear a track from the new album below with “Bed of Roses” below.