By 1972, Wishbone Ash had released their breakthrough album, Argus. With two albums before it, they had won the hearts of fans with the new album. Most still consider Argus as the gold standard for Wishbone Ash. But over the years, the band would adopt different styles for their subsequent sets. 2022 marks the 50th year mark for Argus, and the Anniversary is ready to be celebrated.

On April 14, a massive and well-deserved 50th Anniversary box is planned for Argus. It will house 3CDs, 2LPs, a 7″ single, and a DVD that will include French and Swiss footage including interviews with the band. The collection features the original Martin Turner remaster of Argus (sorry, folks…it may be possible that the original tapes were lost in the Universal fire) on CD with a new remaster for the vinyl LP, which is designed as a faithful replica of the original release. CD1 will add in four demo tracks (“Time Was”, “The King Will Come”, “Warrior”, “Throw Down The Sword”). 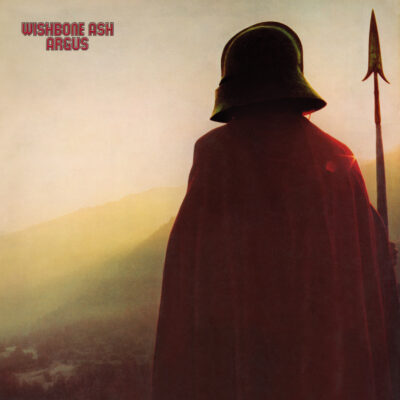 A truncated set of picks make up a vinyl LP for the Live shows to be titled Argus Live. It will contain 5 tracks. A 7″ red vinyl single will contain “No Easy Road” and “Blowin’ Free” as the B-side. The DVD will offer 9 selections. The Box will pack in a 48-page book with note contributions from Martin Turner, Andy Powell, and Steve Upton along with photos and memorabilia related to Argus. 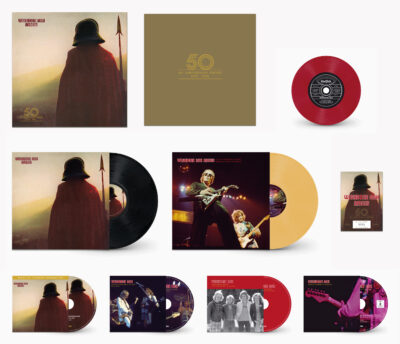 I’d love to see the same attention paid to select other WBA titles but recognize that this is the classic set beloved by all. You can pre-order here.