New Savoy Brown Album Coming With Blues All Around

In late 2022, Savoy Brown mainstay, Kim Simmonds passed away at the age of 75. With him went a strong talent for bluesy Rock and Roll, both musically and lyrically. With over 35 studio albums for Savoy Brown, the legacy is pretty well cemented. At one time, Savoy Brown held the core of Foghat within its ranks. Their music stayed solid despite the changes of personnel over the years of the band’s existence. Kim Simmonds was never ready to call it quits until he was forced to.

On February 17, the posthumous release of the next Savoy Brown album, Blues All Around. The album was recorded after completion of cancer treatments for the disease that eventually took him. The album will provide 12 new songs. The album will issue via Quarto Valley Records. 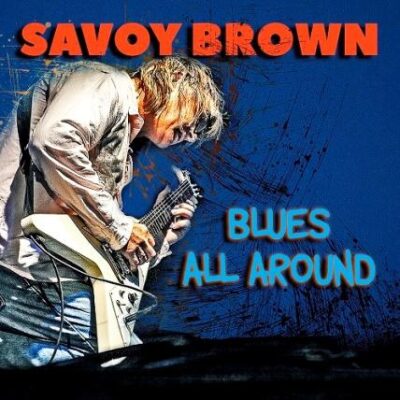 Blues All Around will be released on CD and DD.