On January 27, Esoteric Recordings will release a paired collection of Jade Warrior albums that were previously unreleased (here). Jade Warrior were a band that explored the merge of African rhythms, instrumentation, and the growing Rock realm to create an interesting blend of music for the growing Progressive Rock world. To date, they have released 14 studio albums but with 8 of them during the classic era. They went through three labels on those with Vertigo Records and Island Records as the main labels.

On March 31, Esoteric Recordings will return to the band with a 4CD Box that will represent the collection of their 4 studio sets on Island Records. The new box will be called -Wind Borne- The Island Albums 1974-1978. Within will be newly remastered (from original master tapes) editions of Floating World (1974), Waves (1975), Kites (1976), and Way Of The Sun (1978). In addition, a new booklet with photos, essay, and other stuff will be packed within. Nothing in the way of bonus tracks are included…just remastered albums in a convenient boxed set. 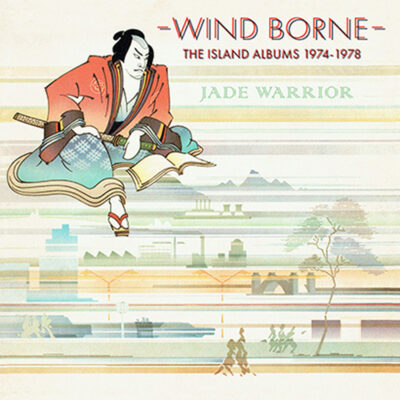 CD3 (Kites)
01 Song of the Forest
02 Wind Song
03 The Emperor Kite
04 Wind Borne
05 Kite Song
06 Land of the Warrior
07 Quietly by the River Bank
08 Arrival of the Emperor: “What Does the Venerable Sir Do?”
09 Teh Ch’Eng: “Do You Understand This?”
10 Arrival of Chia Shan: “Disclosure and Liberation”
11 Towards the Mountains
12 The Last Question