The Stranglers Celebrate 40th Anniversary Of Feline With Expanded Editions

The Stranglers are one of those bands that while they had a devout UK fanbase, struggled for acceptance in the rest of the world, especially the US. (Why, I do not know.) However, in the UK, they enjoyed a robust string of Top 40 hits and best-selling albums. Their debut album, Rattus Norvegicus, was issued in 1977 giving the band an out of the gate Platinum success although it would be their only one at that level. “Peaches” came from that album.

On March 3, The Stranglers celebrate the 40th Anniversary of Feline, which was released in 1983. When released, Feline enjoyed 3 UK singles and charted well as an album in the world market, due, in part, to the signing to Epic Records, giving the band a larger push. Here, Feline will celebrate its anniversary with a 2CD  that adds in single edits, 12″ remixes, live cuts, and other studio track rarities associated with the album. 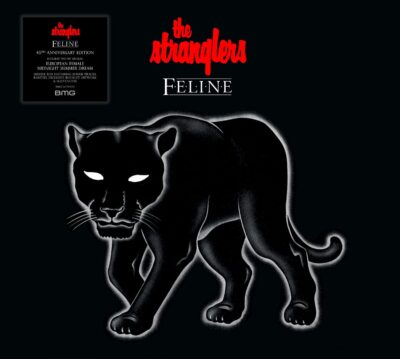 Feline will be reissued on CD, DD, and on Limited Edition Translucent Red Marble vinyl 2LP. You can pre-order here.