The history of David Bowie is well covered. His albums have consistently climbed charts, fueled ticket sales, and contributed to his rising fame from his late ’60s start to his final album just before his death. One of those classic sets is Aladdin Sane. Released in 1973, the album followed up the breakthrough album – The Rise and Fall of Ziggy Stardust and The Spiders From Mars (1972). It sold well but did not do the business of Ziggy Stardust (hard album to follow, that one). Nevertheless, Aladdin Sane contained contributing excellence to the library of David Bowie. This year marks the 50th Anniversary of the cleverly titled (and iconic face paint cover) Aladdin Sane.

On April 14, Parlophone will revisit Aladdin Sane with vinyl reissues featuring a 2013 remaster. The album will be issued on picture disc, and a black vinyl release, both with half speed mastering. Needless to say, these will become collectible reissues. 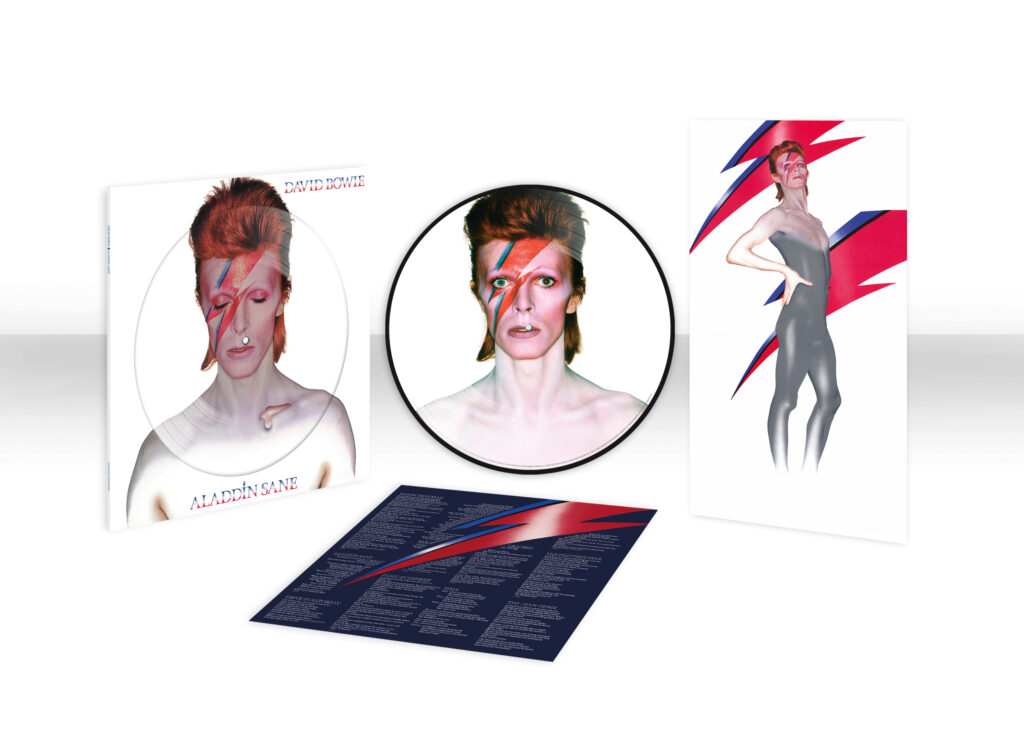 There is no word on whether CD reissues will be released later for Aladdin Sane.