Trapeze was a ’70s Rock band that, although popular, never rose much beyond the ranks of average for the day. Which is shame as the band delivered a string of satisfying albums that scratched the inter-releases itch of the bigger bands. Trapeze yielded Glenn Hughes who went on to play for Deep Purple for a period, as well as a catalog of solo albums. With six studio albums in their catalog, Trapeze was an excellent band that had a devout fanbase.

On February 24, a 6CD Box is planned for Trapeze called Don’t Stop The Music: Complete Recordings Vol. 1 1970-1992. Within the box will be the band’s first three albums recorded and released from 1970-1972 on Threshold Records. (Threshold Records was the boutique label for The Moody Blues.) In addition to those three studio albums (Trapeze – 1970, Medusa – 1970, You Are The Music…We’re Just The Band – 1972), there will be a previously unreleased 1973 live set (on 2CDs) from Dallas, TX performed at the Majestic Theater on April 27, 1973. Also included will be a 1992 Borderline show in London on May 16, 1992 called Welcome To The Real World. The box is being released via Purple Records (a Deep Purple label distributed via Cherry Red UK). 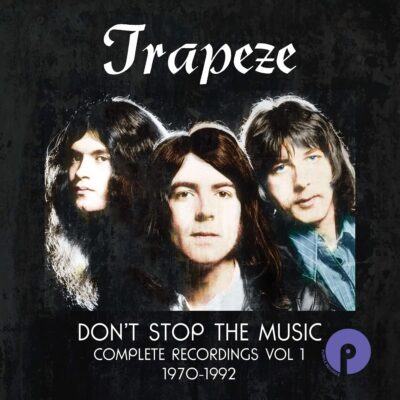