10cc Classic Deceptive Bends To Be Re-Released on Vinyl LP

With the vinyl revolution (#2) in full swing ,it’s nice to know that favored titles can be reacquired in better forms than the ones we currently have in our collection. Often they’re repressed on heavier grade vinyl than the original, and are usually remastered for the release. One such re-release is the 10cc album from 1977. Like the previous releases for 10cc, Deceptive Bends followed in the path of Gold status for Mercury Records. 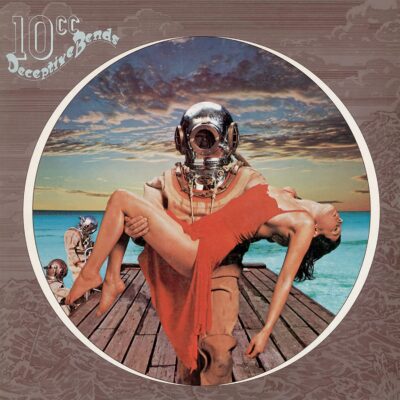 On February 17, Proper Records will re-release Deceptive Bends in every way it was originally released but now pressed on 180g-weight black vinyl. The classic album gave the band hits with “The Things We Do For Love” (an international hit), and “Good Morning, Judge” (a UK Top10 single). Deceptive Bends was the fifth album for 10cc.