The delightful voice of Olivia Newton-John, who would achieve stardom with her first single, “If Not For You”, would go on to deliver other great hits, and star in Grease (the movie). But it was that cover of Dylan’s song that would capture the attention of many fans, myself included. I cannot say that I continued my love affair with her songs much after this album, but I could certainly not diminish her talent in any way. Regardless, her 1971 Uni debut (US) brought her to out attention.

On December 9, the debut If Not For You album by Olivia Newton-John will be reissued in a Deluxe Edition 2CD, newly remastered, expanded edition that will merge together the original studio album with a collection of 17 bonus tracks. Among the bonus offerings will be B-Sides, alternate versions, duet, instrumental, and foreign language versions of the songs on the album that was aptly named after the hit single, If Not For You. 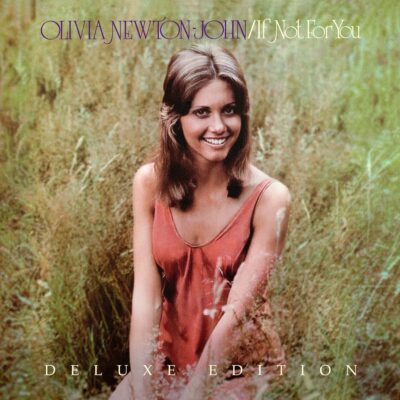 If Not For You will be released on 2CD, DD, and vinyl LP (with only the album’s original tracks remastered).