John Lee Hooker represents the blend of Rock, Urban (Detroit/Chicago) and Delta Blues , and Folk styles. Since 1948, JLH has given blues and folk fans a healthy collection of albums beginning with his popular Boogie Chillen in 1948. His ability to remain strong into the Rock era is a testament to what John Lee Hooker created over his lifetime. 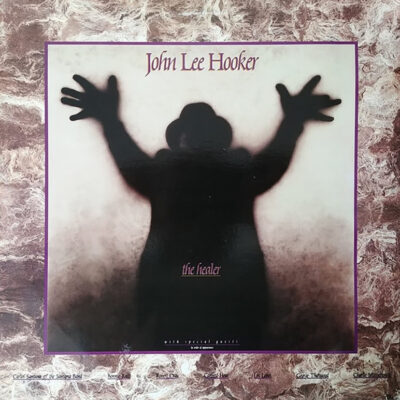 Sadly, he passed in 2001 but had lived into his 80s. In 1990, he released a collaborative album with the likes of Carlos Santana, George Thorogood, Los Lobos, Canned Heat, Bonnie Raitt, Charlie Musselwhite, and Robert Cray. That album was The Healer. It generated two singles, “The Healer” with Carlos Santana, and “I’m In The Mood” with Bonnie Raitt. “I’m In The Mood” gave John Lee Hooker a Grammy win. The Healer has sold more than a million copies worldwide.

On October 28, Craft Recordings will reissue The Healer, which has been out of print for more than a decade. The reissue will be offered on CD, DD, and 180g-weight black vinyl LP. A CD/LP bundle is being made available and is now currently on sale. The album is NOT remastered.