When you mention the name of Dead Can Dance, the immediate follow-up is to remember Lisa Gerrard, and Brendan Perry. But by 1996, they had had enough and ceased recording as Dead Can Dance. Thankfully that decision has been rendered a moot one by their eventual reformation and release of two more albums (Anastasis in 2012, Dionysus in 2018…and we’re hoping for a new one soon), and tour dates worldwide. Even more thankful, Lisa Gerrard has remained busy with projects scattered all over the musical map. Her previous release was Burn, with Jules Maxwell.

On August 26, Lisa Gerrard returns yet again with a new collaborative effort with Italian/Argentinian composer, Marcello de Francisci. The album is called Exaudia, and will contain seven new tracks with music inspired by Spanish history from the 1500’s, specifically Spain’s expulsion of the Sephardic tribes throughout Europe and North Africa. 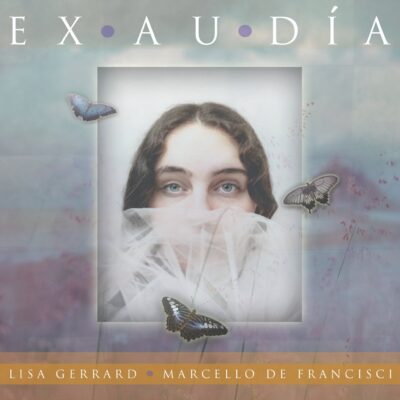 There are two tracks available as singles (hear the haunting “When the Light Of Morning Comes” and “Until We Meet Again” below).

Exaudia will be released on CD and Limited Edition recycled color vinyl LP. The DD version is currently in full release. The LPs are selling out fast in pre-orders.