The German band, Can, was an influential pioneer in the brave world of experimental electronic music. Alongside such greats as Tangerine Dream, and others, Can left behind a small string of albums that are unforgettable and favorites among fans. Their first was Monster Movie (1969), with Can gaining more importance with subsequent classics like Tago Mago (1971), Ege Bamyasi (1972), and Future Days (1973). Of course, there are more. 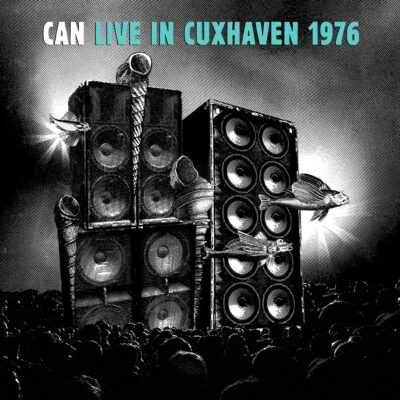 On October 14, Spoon Records/Mute Records will release the third in the series. It will be called Live In Cuxhaven 1976, and will be offered on CD, DD, and limited edition Curacao Blue vinyl LP. The set will be accompanied by a booklet with photos, and new notes.