If you’ve been a fan of early U2 (Unforgettable Fire thru Actung Baby, then with All That You Can’t Leave Behind, and No Line On The Horizon), then you’ll have come across the name of Daniel Lanois (who, along with Brian Eno, helped produce those albums). There’s also Bob Dylan, The Killers, Neil Young, Emmy Louy Harris, and Peter Gabriel, whose albums he has produced. Of course, a deeper dive will reveal a collection of well-received albums that he has created for himself. All of them excellent works.

On September 23, Daniel Lanois will release his next album, Player, Piano. This new album joins most of his previous albums in a label relocation with Modern Recordings (under the umbrella of BMG). Player, Piano is an instrumental album that will appeal to most Daniel Lanois fans with a soft ’40s-like approach to piano music. 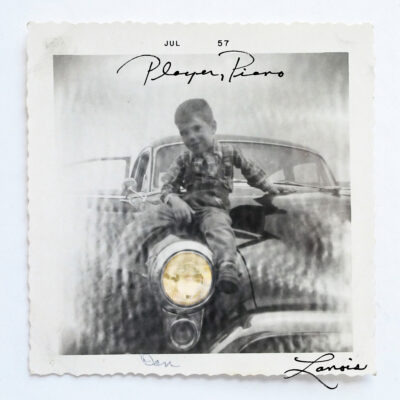 Currently, there isn’t an available cover or tracklist for Player, Piano.