Mary Fahl is a beautiful voice that demands to be heard. From her time with October Project in the ’90s, and through two decades (thus far) into the new millennium with her solo albums, Mary Fahl has given fans innovative experiments (From The Dark Side Of The Moon), and memorable originals. For some of us, these songs still resonate, demanding replay after replay. Her catalog includes an album of Christmas classics, a live set, and several albums of original music.

On July 22, Mary Fahl returns with a brand new album. On it are personal interpretations of classic songs from bands and artists like Electric Light Orchestra, The Rolling Stones, Nick Drake, The Moody Blues, Pink Floyd, and more notable and influential names. The new album is perfectly titled Can’t Get It Out Of My Head. It tells a truth of when our lives become impacted in a positive way by the songs that we have heard. 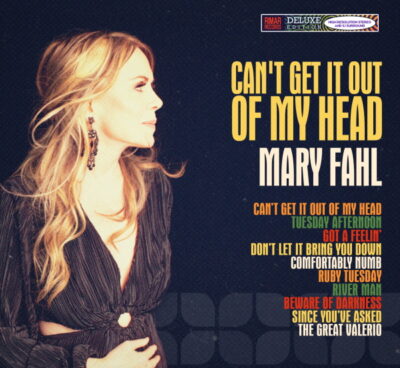 Can’t Get It Out Of My Head will be made available on CD, DD, and a Special CD/Blu-ray Audio set that presents the songs in high resolution 5.1 Surround audio.