Quiet Riot To Reissue Alive And Well On 2CD Edition

Quiet Riot, who once boasted the guitar prowess of Randy Rhoads, metal vocals of Kevin DuBrow, and the drumming of Frankie Benali, produced two quite well-received albums back in the ’80s. Both albums were bolstered by their metal version covers of two prominent Slade songs. The band went through changes to keep the magic alive over fourteen studio sets. One of those is Alive And Well, released in 1999.

On June 17, Quiet Riot returns to the vaults to reissue a Deluxe Edition of Alive And Well. With the newly remastered album, a collection of six 1999 re-worked Quiet Riot classics that include the two Slade covers will be added. An additional CD is packaged in with 12 bonus tracks that feature nine 1984 live tracks, and three demo tracks. Alive And Well reunited the classic lineup (bringing back Rudy Sarzo to bass duties). 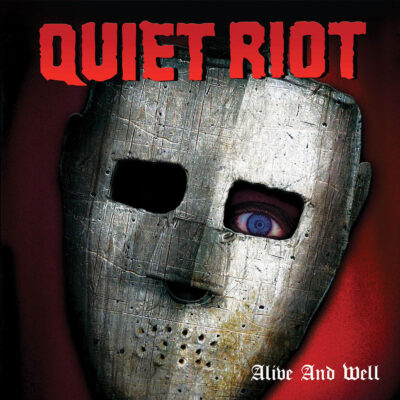 Alive And Well will be reissued on 2CD, and DD.

Sting To Re-Release The Bridge With 2CDs