Before there was 10cc, and before there was Godley & Creme, there was a late ’60s band by the name of Frabjoy & Runcible Spoon. Their style of music was pyschedelic played from the periods of 1967-1969. Their commonality with 10cc, and Godley & Creme was that Frabjoy & Runcible Spoon WERE Kevin Godley and Lol Creme as the primaries, intending to become a psychedelic folk version of Simon & Garfunkle. As it were, this band recorded an album and actually released a single (“I’m Beside Myself”) issued before their signing label, Marmalade, folded. Although the label was distributed by Polydor, the recorded album was shelved and never released.

On  June 10, mere days from now, Grapefruit Records (Cherry Red UK) will release the previously unreleased Marmalade album called Frabjous Days: The Secret World of Godley and Creme 1967-1969. This album has a historic value that fits into the 10cc/Godley & Creme timeline as a part of the genesis cycle of the two musicians. The 1969 album will contain 19 tracks, most previously unreleased. 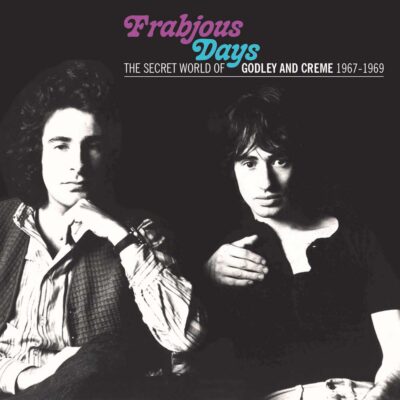 Frabjous Days will feature the original album, the released single edit of “I’m Beside Myself”, and the old Marmalade sampler inclusion of “To Fly Away”. There will also be 7 bonus tracks that include a single, unreleased acetate tracks, and promo tracks. An included 28-page booklet will provide photos, notes, memorabilia, and an extended 6000 word essay.