Buzzcocks Return With New Album – Sonics In The Soul

While Pete Shelley passed away in 2018, Buzzcocks have remained in action nonetheless. As a three-member band, Buzzcocks have used the time for the Pandemic wisely and have recorded new songs. Those songs are set to materialize in a new set by the band to be issued by UK label, Cherry Red.

On September 23, Buzzcocks return with Sonics In The Soul. The band is Steve Diggle, Chris Remington (since 2008), and Danny Farrant (since 2006). This “new era” of Buzzcocks can be heard on a recently limited-issue released single (March), “Sense Out Of Control”. It can be heard below. “Sense Out Of Control” retains the style and power of Buzzcocks. For others, think Ramones and you’ll get an idea of the song sound. 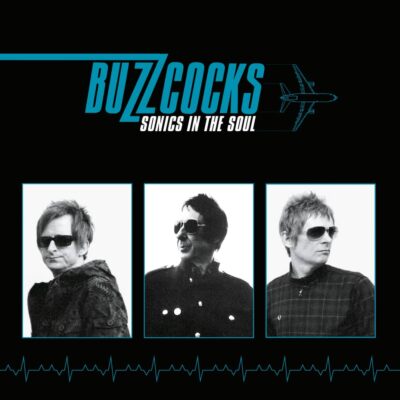