Years past, Abkco released three box sets featuring the singles by the Rolling Stones. They were presented as Singles 1963-1965, Singles 1965-1967, and Singles 1968-1971. They were CDs designed to look like vinyl singles and presented beautifully with in-depth booklets and hard case boxes. Along comes the vinyl boom and it’s now time to turn those years into actual vinyl (again), especially for the vinyl collector.

On June 10, Abkco will release a Singles box called The Rolling Stones Singles 1963-1966. This set will pack in The Stones‘ first 18 hit singles as 7″ vinyl sets, faithfully reproduced just like the old days. This box comes on the heels of the 60th Anniversary of the band, an AMAZING feat that is largely unmatched by many bands. 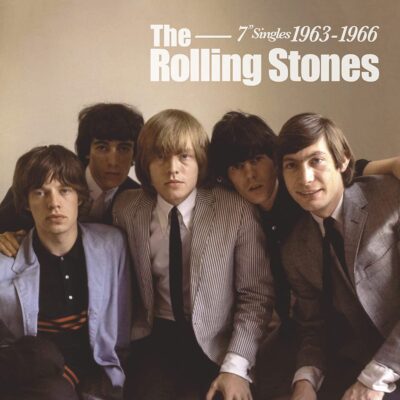 The Box will feature new Bob Ludwig remasters of the tracks originally pressed by Decca and London. a 32-page booklet is included with notes, photos, credits, and an extended essay. The hard-shell box will also contain a poster and a set of five photo cards. The set will be limited in production. 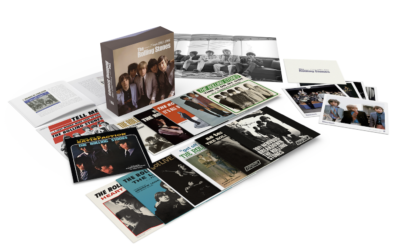 The collectible set will be finished up with another vinyl singles box next year called The Rolling Stones Singles 1966-1971.

The Rolling Stones E.P. (originally released January 1964)
Side A:
Bye Bye Johnny
Money
Side B:
You Better Move On
Poison Ivy

“Not Fade Away” (originally released February 1964)
Side A: Not Fade Away
Side B: Little By Little

“Tell Me” (originally released June 1964)
Side A: Tell Me
Side B: I Just Wanna Make Love To You

Five by Five E.P. (originally released August 1964)
Side A:
If You Need Me
Empty Heart
2120 South Michigan Avenue
Side B:
Confessin’ The Blues
Around and Around

“The Last Time” (originally released February 1965)
Side A: The Last Time
Side B: Play With Fire

Got Live If You Want It! E.P. (originally released June 1965)
Side A:
We Want The Stones (Live)
Everybody Needs Somebody To Love (Live)
Pain In My Heart (Live)
Route 66 (Live)
Side B:
I’m Moving On
I’m Alright

“(I Can’t Get No) Satisfaction”

(US version, originally released June 1965)
Side A: (I Can’t Get No) Satisfaction
Side B: The Under Assistant West Coast Promotion Man

(UK version, originally released August 1965)
Side A: (I Can’t Get No) Satisfaction
Side B: The Spider And The Fly