The early Prog band, Gentle Giant, had released eleven albums before their short-lived ten-year span in music came to end. With those, the band kept an audience rapt and interested with strong lyrics riding over excellent musicianship. But by 1980, they had run out of gas and thoughfully left the legacy of Gentle Giant to the museums of time. And time has been warm and kind to Gentle Giant. Most of their albums have been remastered and collected into compilations and box sets.

On May 20, Gentle Giant via Alucard Records will release a newly remastered edition of their final album, Civilian. (Alucard Records is owned and run by former band member, Kerry Minnear.) Civilian was originally released in 1980, and differed from previous sets. This alienated some fans and certainly led to the demise of the band due to the realization that they were unable to keep up with the changing music audience, and their own creativity had run thin. Nevertheless, Civilian provided a strong end to a storied career. 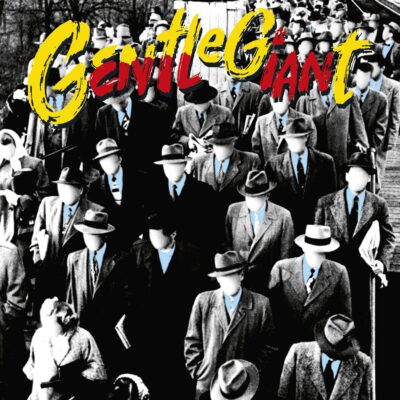 Civilian will release on CD. It will add in an outtake that was unable to be added to the LP due the time constraint of the format at the time. The track has been presented on a previous 1997 CD reissue.