By the late ’60s UK Prog has become an ascendant form of Rock. Among those creators were Nektar, a talented collection of musicians that included a continuous flow of music as their debut album. They’ve released 15 albums over various lineups and timeframes. But their peak period was invested with six classic albums that include the band’s third set – …Sounds Like This. Released in 1973, this album set the stage for the reception of its followup, the revered Remember The Future (1973) that many of us warmly remember. 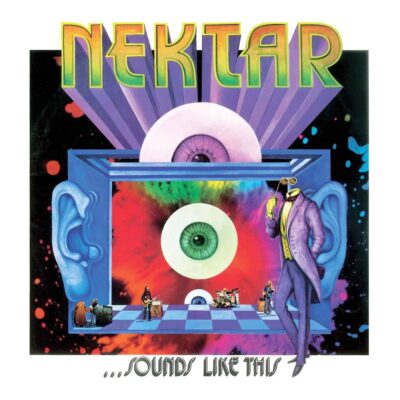 On April 29, Cherry Red UK via Esoteric Recordings will reissue …Sounds Like This in a collectible 2CD newly remastered edition. Included in the two discs will be a collection of in-studio sessions recordings. The set is rounded out by the inclusion of a booklet that features new photos, new essay, and notes.