1970 Family Classic, A Song For Me, Reissued In 2CD Remastered Set

UK band, Family created a stir back in the late ’60s with a string of albums dating from 1968 through 1973. Primarily, interest in the band originated and stayed in the UK. There was a bit of interest in the US markets for three albums (Anyway [1970], Fearless [1971], and Bandstand [1972]). Assisted by original member, Roger Chapman, who went on to produce a nice string off solo albums afterward, and early drummer, Rob Townshend, Family has since returned for reunion shows.

On March 25, Cherry Red UK will reissue the third album from Family – A Song For Me. Originally released in 1970, A Song For Me charted well in the UK reaching the #4 spot. This new reissue will not only present a new remaster of the album from the original master tapes, but also add in fourteen bonus tracks, all in a 2CD set. 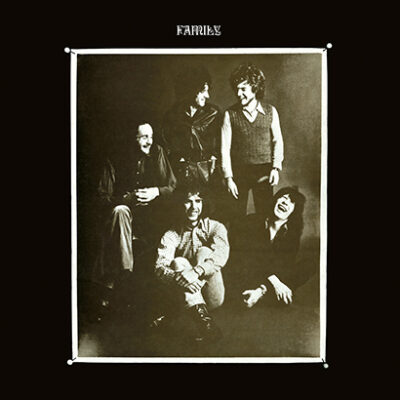 The bonus tracks will come from assorted Live BBC Sessions tracks, new stereo mixes, and A and B sides of two singles. A booklet will include notes, an essay, photos, and more stuff.

A Song For Me (Remastered) – Family