California band, Pavement began life just as the ’80s were ending. Their first album arrived in 1992 and gave them appreciable sales right out of the box. For their short tenure, they released five albums, their last in 1999. Named Terror Twilight, it gave the band a wonderful exit piece.

On April 8, Matador Records will celebrate the band’s final album with a collection that offers not only the original classic, but also a collection of B-sides, demos, rehearsals, rough tracks, and live performance tracks. All told, there will be forty-five tracks included with twenty-eight of them previously unreleased. The reissue will pack in a booklet with unseen photos and band notes surrounding the album and the band at the time. This will be referred to as Terror Twilight: Farewell Horizontal. 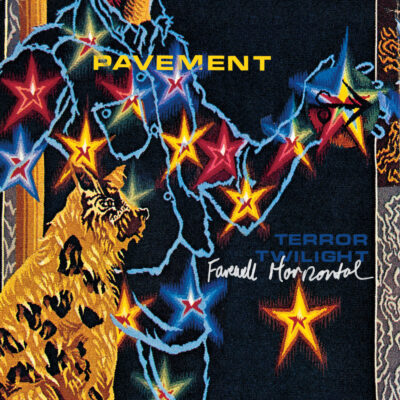 Terror Twilight: Farewell Horizontal will be released on 2CD, DD, and 4LP sets. The 4LP set will sequence the songs as the band had originally selected before changing them before release. The 2CD set will feature the release sequencing. The original Terror Twilight is newly remastered for this reissue. Listen to “Be The Hook” from the upcoming release (hear below).