Mike Campbell is known for his time with Tom Petty as one of The Heartbreakers. Since Tom Petty’s death, Mike Campbell has been hanging with Fleetwood Mac (due to his collaborative work with Stevie Nicks on her solo efforts). But he has collaborated with many bands and artists during his time in Rock music. One of his side projects is The Dirty Knobs, a band that has released a debut album in 2020 – Wreckless Abandon.

On April 3, Mike Campbell & The Dirty Knobs will release their next album – External Combustion. This album will contain eleven new tracks, one of which is currently in release, “Wicked Mind” (hear below). You’ll find the music much different than his music with Tom Petty. It has a punkish leaning. 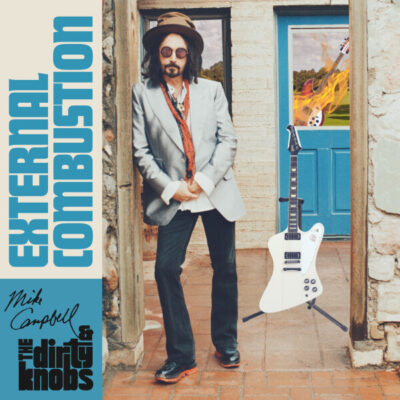 External Combustion will be released on CD, DD, and vinyl LP (in standard black vinyl, and a Limited Edition Exclusive press on Translucent Green vinyl).

NEW TRACK/VIDEO PREMIERE: STEVEN BOTTARI, “The Fading Of The Stars”