As we move along in the Slade vinyl reissue program, the newest title being given the upgrade will be Slade Alive! Released in early 1972, and shortly before Slayed?, Slade Alive! set the stage for the band that would dominate the UK charts heavily after its release. For many singles after, Slade was a band to pay attention to as it continually found its proper footing. 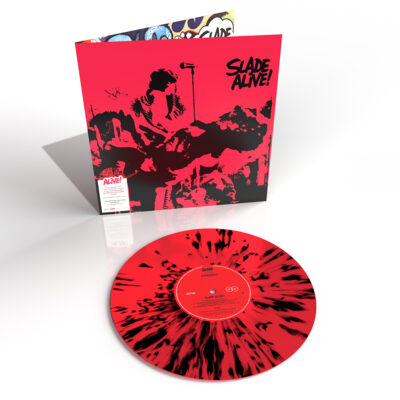 On January 28, BMG will return with a new Slade color vinyl reissue with Slade Alive! getting a colorful Red and Black splatter pressing. This will feature a 2009 remaster. The album availability will be as Limited Edition (so get ’em while you’re able. The others have sold nicely).

Now time for Nobody’s Fool, which will make my collection complete.