Dave Mason has a strong triangulation of music that includes his time with Traffic, hired guitar and collaborations, and his satisfying solo career. His solo career produced gems like the extraordinary Let It Flow (1977) that produced 3 hit singles and stayed on the charts for 49 weeks. His first was with Blue Thumb Records (remember them?). It was titled Alone Together. Unfortunately, as with many, many masters, this album was burned and lost in the 2008 Universal fire. To “fix” this, Dave Mason had decided to revisit the beloved debut with newly re-recorded tracks. This experience yielded the Alone Together Again album issued in 2020. 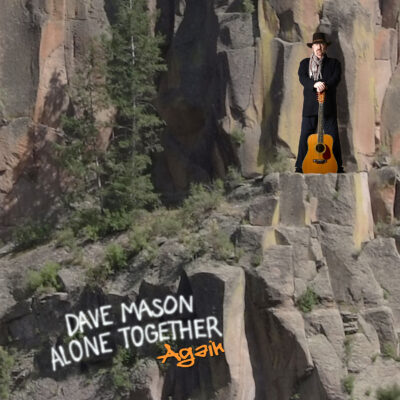 The album featured all the tracks from that 1970 set. The album was presented on CD that contained the color variation of some of the vinyl for Alone Together released back then. It was marbled pink, brown, and beige coloration for collectors. The inside of the case featured a fold-out cardboard wallet that housed the CD itself. The artwork showed Dave Mason with a top hat, along with credits.

On January 21, Alone Again Together will be issued on vinyl.