Keb’ Mo’ wowed a newfound and appreciative audience with his 1994 self-titled debut release on Epic Records. It caught well-deserved attention with its blues and folk style. That album followed with Just Like You (1996) and enjoyed guest appearances by Jackson Browne, and others. It upped the blues game with a more Pop/Rock style. Good enough that it was nominated for a Grammy and won it in the Contemporary Blues category for Best album. The artist has released 17 studio albums since his arrival. 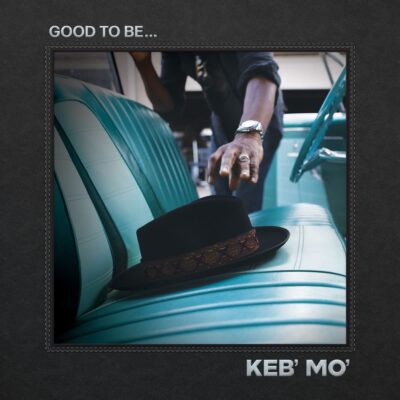 On January 21, Rounder Records will release the next new album in Good To Be…. It will contain 13 new songs, one of which is already in release in front of the album. It’s called “Good Strong Woman” and can be heard below.

Good To Be… will be released on CD, DD, and vinyl 2LP. Special vinyl 2LP editions include Gold 2LP and Silver Smoke 2LP packages. All vinyl sets are expected on May 13.