Since the late ’70s, Elvis Costello has zig-zagged around the spectrum of music with 24 album releases. And he’s done it with The Attractions, The Costello Show, The Brodsky Quartet, The Roots, The Imposters, and with collaborative and solo efforts. Throughout it all, he has remained fairly relevant with rousing and interesting compositions. After The Attractions, his most fueled efforts have been with The Imposters, of which he has created three albums with. It’s time for another. 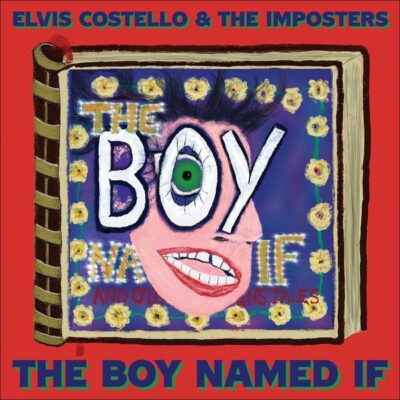 On January 14, a new Elvis Costello & The Imposters album will be released. Titled The Boy Named If, the new album will contain 13 new songs.

The Boy Named If will release on CD, DD, CS, and 2LP packages. A Limited Edition 88-page hardback storybook edition is being made available.

A track from the album – “Magnificent Hurt” can be heard below.

A Boy Named If – Elvis Costello & The Imposters
01 Farewell, OK
02 The Boy Named If
03 Penelope Halfpenny
04 The Difference
05 What If I Can’t Give You Anything But Love?
06 Paint The Red Rose Blue
07 Mistook Me For A Friend
08 My Most Beautiful Mistake (guest vocal by Nicole Atkins)
09 Magnificent Hurt
10 The Man You Love To Hate
11 The Death Of Magic Thinking
12 Trick Out The Truth
13 Mr. Crescent